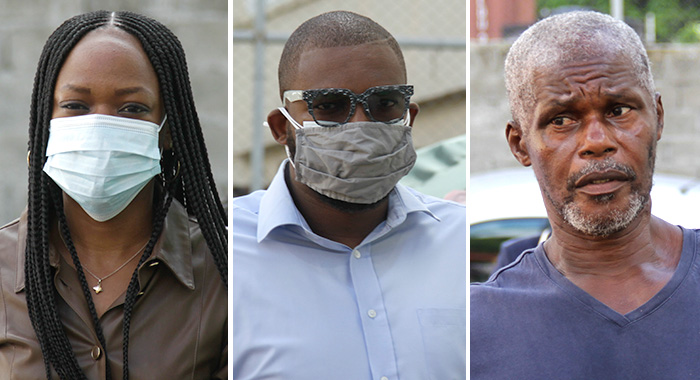 iWitness News was reliably informed that the prosecutor is  S. Stephen Brette, the deputy director of public prosecutions in St. Lucia.

We were reliably informed that among the people that Brette ordered to attend court are John’s neighbour — an auxiliary police officer — who responded immediately after John was shot on April 13 at his home, and the police sergeant who first responded.

John’s wife, Nicole John, who, in August, withdrew two threatening language charges against him, has also been ordered to attend the hearing, sources in the know have told iWitness News.

The development comes days after Nelson and John’s lawyers told iWitness News separately that they expect acquittals in the cases.

The lawyers had based their opinions on the evidence that had been disclosed up to last Friday, when the trials were initially scheduled to commence.

“After seeing the evidence and the disclosure, it is a far cry from what is out there in the public,” Ronald “Ronnie” Marks, told iWitness News outside the Mesopotamia Magistrate’s Court, on Friday, when the trials were adjourned to today (Wednesday).

Marks is lawyer for Nelson, who is to be tried for wounding John, a 60-year-old businessman, and unlawful discharge of a firearm at him.

At Friday’s sitting, Marks held papers for Duane Daniel, defence counsel for Morgan, a lawyer, who is accused of assaulting John.

Marks was speaking moments after Kay Bacchus-Baptiste, John’s lawyer, told iWitness News that she believes that the duo will be found not guilty because the Crown will not present the strongest case possible.

She has similarly said that she expects an acquittal when her client is tried for allegedly using threatening language to Morgan.

The offences allegedly occurred at Diamond on April 13.

“In this matter, the evidence will not be presented fairly and squarely because important prosecution witnesses are not being called as far as I know because no disclosure was made in relation to their evidence,” Bacchus-Baptiste told iWitness News on Friday.

iWitness News noted that Bacchus-Baptiste holds only a watching brief in the trial of Nelson and Morgan and, therefore, those statements may not be disclosed to her.

“Well, the others were disclosed, and I know that some of the witnesses, to date, they have not even approached them for witness statements … — two witnesses, in particular, they have not been notified of the trial at all.

“So it is clear to me that they don’t intend to call one of the most important witnesses to prove that this man (John) did not have a cutlass on this day,” she said.

iWitness News understands that Nelson claimed that he shot John because John was menacing him with a cutlass, a claim that John has denied.

Witness News noted, on Friday, that there were yet two workdays before the trial and additional disclosure could be made then.

“Yes, they can still decide to bring her (witness) and I hope they do. The trial should be fair; it should not be a sham. You don’t bring in overseas counsel from abroad, put them up, pay their accommodation, and pay them to do the case on a sham.

“I have said that on the evidence that they have here those two defendants (Nelson and Morgan) would walk because they are not properly prosecuting the case. The evidence is not going to be properly put before the court. I have no apologies for that.”

Meanwhile, Marks told iWitness News that Morgan and Nelson — both of whom are off the job pending the outcome of the case — are happy that the matters are finally coming to an end.