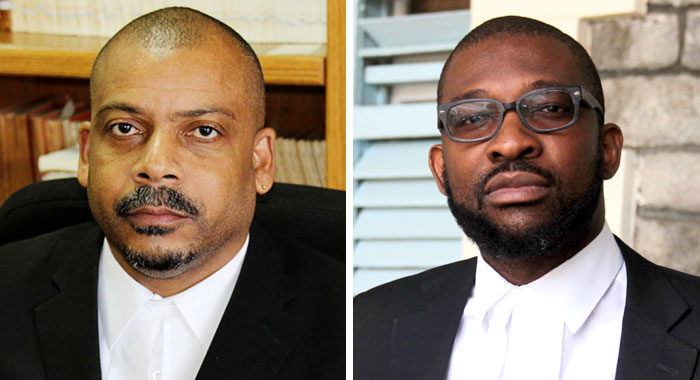 St. Lucia’s Deputy Director of Public Prosecutions (DPP), S. Stephen Brette is the prosecutor in the case in St. Vincent and the Grenadines in which Assistant DPP, Karim Nelson is a defendant.

Nelson is to be tried today, Wednesday, on charges that on April 13, at Diamond, he wounded 60-year-old businessman, Cornelius John. Nelson is also to be tried for unlawful discharge of a firearm at John.

He is to be charged along with government Senator Ashelle Morgan, who is charged with assaulting John.

After that trial is complete, Brette will prosecute John on a charge that he used threatening language at Morgan, also on April 13, at Diamond.

The trials are taking place at the Calliaqua Magistrate’s Court building.

For most of his career as a police officer Brette was a detective and a police prosecutor in the magistrate’s court. Early on in his career, he did stints as a traffic accident investigator.

In 2000, he was promoted to the rank of corporal and was transferred from the Criminal Investigations Department to the then Police Prosecution Unit. In 2001, he pursued studies to Holborn College, London, England and attained a Bachelor of Laws Degree LLB (Hons) from the University of Wolverhampton in June 2004.

Brette resumed his duty with the Royal St. Lucia Police Force in July 2004, where he was assigned as the Administrative Officer of the Criminal Investigations Department. In March 2005, he was transferred back to the Police Prosecution Unit and was promoted to the rank of sergeant.

In April of that same year, Brette and some of his colleagues were transferred to the DPP’s Office as police prosecutors under a Cabinet Conclusion, which created the Crown Prosecution Service in October 2004.

From April 2005, Brette worked as a police prosecutor in the “A” Court presided over by the then senior magistrate.

In January 2009 Mr. Brette was promoted to act the rank of acting inspector and head of the police unit at the Crown Prosecution Service.

In September 2009, proceeded on one-year accumulated vacation leave to read for his bar vocational course at the University of Northumbria in New Castle-upon-Tyne.

Brette retired from the Royal St. Lucia Police Force at rank of Sergeant on April 4, 2011, to become a Crown Counsel at the Crown Prosecution Service.

Brette is an avid cricket and football fan and enjoys playing dominoes in his spare time.