Vaccine mandate forces people to go against their conscience — pastor 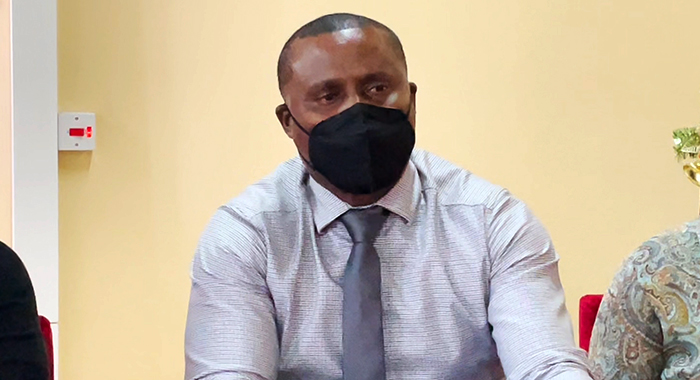 A pastor in St. Vincent and the Grenadines says his church’s objection to mandatory vaccination is based on its violation of people’s conscience.

Harry was speaking as some workers in St. Vincent and the Grenadines have been turned away from their jobs because they have not been vaccinated against COVID-19.

The government’s COVID-19 mandate came into effect last Friday, requiring a large number of public sector workers to get vaccinated if they are to remain on the job.

Seven police officers, including the head of the Police Welfare Association, Station Sergeant Brenton Smith, who were turned away from their job on Monday because they were not vaccinated, attended the press conference.

Harry said that he has had the experience of his home being burglarised and he asked listeners to imagine what that is like.

“I feel very uncomfortable in my house after that because I always wonder if someone — because I feel violated.  Let us step that up and think about a person’s body.

“Now, if someone enters your body — and we know someone might say it is a stretch because they look at the issue of rape, when a person’s body is entered without permission, when they are violated,  — that person finds it difficult to ever really feel conformable again in his own skin. So they go through all sorts of treatment.”

Harry said that a person whose house is burglarised may not want to sleep there for a while.

“They feel it to be so wrong, but in order to save their job, they are going against it and when they go home, they cannot sleep.”

Harry said he had met an elderly woman who was frustrated about being forced to take the vaccine.

“She is going to take this vaccine, she is praying, ‘O, God—’

“I do not see how the Church can support such a mandate. It is on these grounds and these grounds only that I see that we can properly write and seek exemption for individuals. And like Martin Luther said, it is neither safe nor right to go against your conscience. This is God speaking to you. I think it is very important.”