The Caribbean’s climate change hypocrisy: a reply to Jomo Thomas 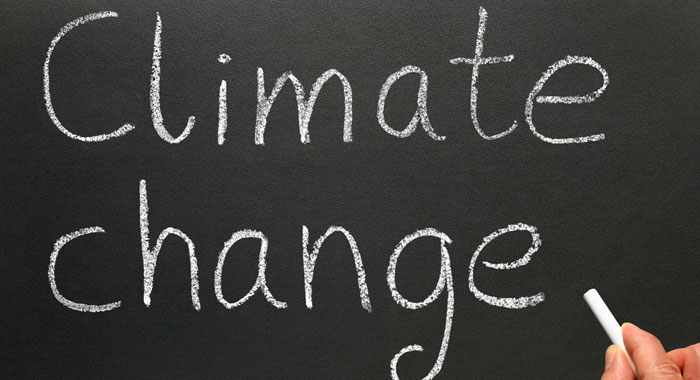 Yes, it is partly and deceptively true that as Mia Mottley, prime minister of Barbados, argued at the Glasgow climate Summit, COP26, on Monday, Nov. 1, “the people of the Global South contribute very little of the emissions that contribute to climate change and global warming, but bear the brunt of the emerging crisis”.

The true part is that the low-lying southern countries will bear much but far from all of the brunt of rising sea levels. The part that is hypocritically false is that Mia Mottley and her counterparts in the rest of the Caribbean tourist-addicted islands are begging the whole world to swarm to the region in huge, pollution-emitting cruise ships and gas-guzzling jet planes. All this begging is underpinned by concessionary support for the construction of huge pollution-enhancing resorts and hotels by foreign entities whose construction requirements and post-construction operation costs consume enormous amounts of fossil fuel energy.

This is clearly an example of the pot calling the kettle black and only the tip of the global-warming iceberg: members of our own Caribbean civilisation, including ordinary people, rich and poor alike, are among the worst environmental stewards in the world on a per capita basis.

In our very own southern country, SVG, where the current government is feverishly working to convert the mainland into a mass tourism destination on the back of an energy-sucking Argyle International Airport built using a huge of amount of pollution-producing cement, the following environment destroying and climate altering  practices are rampant: (1) virgin forest areas on the slopes of the Soufriere have been mindlessly cut down to make room for clandestine marijuana cultivation for over 40 years right under the nose of NDP and ULP governments even as thousands of acres of coastal land, much of it owned by the state, lie idle; (2) illegal sand-mining to make concrete blocks is an everyday occurrence almost never noticed let alone negatively sanctioned by the authorities; (3) the pollution of rivers and inshore waters by the mindless dumping of poisonous waste — not to mention the absence of waste-water treatment facilities — is widespread; (4) except for a few thousand roof-mounted hot water tanks, the low adoption of energy-saving solar panels is obvious; (5) the absence of a prohibition on the import of gas guzzling vehicles is beyond belief; (6) the open burning of noxious and climate-altering tyres by both the state and private citizens is outrageous; (7) the presence of very low water rates deliberately encourages the overuse of this precious but increasingly scarce resource; and (8) the growing dependence on air conditioning in private residences is appalling.

Jomo Thomas claims that, “Since we know businesses and leaders will not act urgently to arrest this significant problem [of climate change], the people have to demand more and be more. We have to call out those major polluters while at the same time checking ourselves to ensure that we do whatever we can to save ourselves and our world, so that future generations will have a fighting chance to survive in a sustainable world” but fails to acknowledge that such “businesses and leaders” are simply enforcing the desire of the people, whether in the rich countries of the north or in the poor countries of the south, for cheap and reliable energy and a rising standard of living including, in our case, jobs in the carbon-based, energy-intensive hotel and resort industry.

Jomo Thomas also reminds us that, “We are told that two of the most significant contributors to global warming are China and India. Over the last 40 years, both countries have emerged as the workhorses of world production. We are not told that the major companies from the global north have shifted their production facilities to these countries to exploit cheap labour and avoid stiffer environmental laws in their home countries” but fails to also remind us that without the demand by middle, working, and lower-class people in the rich countries of the world — and in middle-income nations like our very own — for cheap goods, this shift in production would never have occurred.

When it comes to slowing or stopping climate change, rich and poor, northerners and southerners, people in big countries and small, and leaders and followers all need to take a hard look in the mirror and repeat Pogo’s words, “We have met the enemy and he is us.”

2 replies on “The Caribbean’s climate change hypocrisy: a reply to Jomo Thomas”