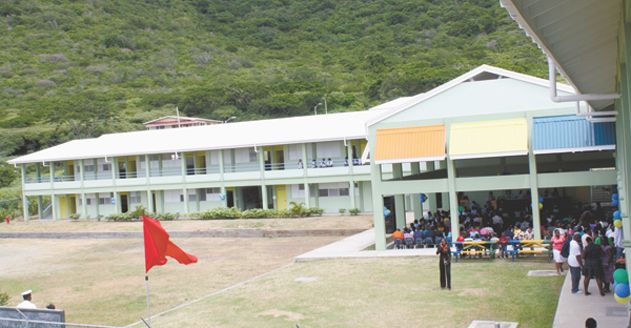 About 50% of teachers at the Union Island Secondary School were unvaccinated against COVID-19 up to last Friday, the end of a 10-day grace period after the mandate came into effect on Nov. 19.

“The school that I was concerned about, particularly, was Union Island Secondary School because I’ve been tracking the data of that school,” Prime Minister Ralph Gonsalves said on NBC Radio on Wednesday.

Gonsavles said that he understood that the principal of the school was in hospital in connection with a non-COVID-related matter.

“And the number two person, I was told, had decided not to take the vaccine. I don’t know whether that has changed and the number three person in the pecking order down there, that is to say the person who will be in administrative control if the principal and the deputy are not there, he had asked for a medical exemption.

“And his medical exemption … was up on the eighth but I understand that he took it a day or two before the eighth. That’s what I learned yesterday.”

The prime minister said he had indicated to the chief education officer that he would “have the Cabinet approve any special allowance over and above any already in existence, if you finding it difficult to source teachers from Union Island; to provide for teachers who are vaccinated from … the island St. Vincent or former teachers or new persons to be recruited.

“Because I can understand that there are persons who are not teaching now, but who are qualified teachers — who went to the teachers college on their own bat.”

One reply on “Half of Union Island secondary teachers unvaccinated”