A personal appeal to Ralph at Christmas 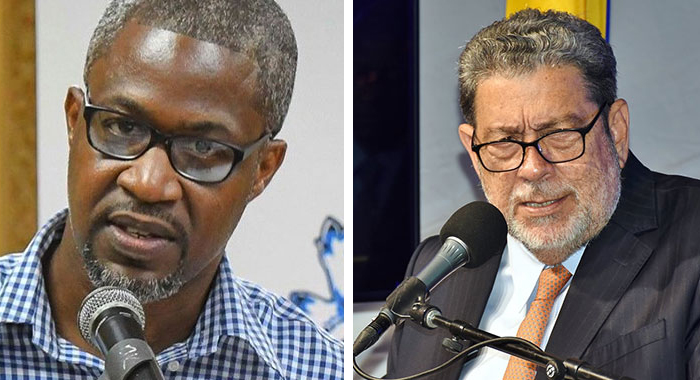 It has been a very challenging year for you and your cabinet and indeed all of us as citizens (some more than others) of this beloved nation. I, therefore, wish you and your family a reflective and restful Christmas. Indeed, this time of year is as good as any to do some intro and retrospection. But before I go into the substance of this letter, please allow me the pleasure of calling you Ralph as it allows for a more personal conversation (as between two citizens) and reduces the temptation to engage in political massage and polite platitudes.

My embrace of you began in 1994 (an election year) when you extended to my classmate and I, the courtesy of a ride from Campden Park to Kingstown where we both lived (you may not remember this). But, as two impressionable Form 6 students, we were just excited enough to be given a ride home by a popular politician in a Pajero. From my recollection, you were quite jovial and endearing.  If I am not mistaken, you were also trying to determine where we stood politically, since we were both first time voters.  I must confess, though, that the late John Horne ruled West Kingstown and did get my vote that year. The rest is history. I went off to Jamaica and you continued your political activism and were eventually elevated to the highest decision-making institution of our land.

Our friendship was rekindled and cemented through our late beloved friend and national treasure, Oscar Allen.  Interestingly, Oscar has been on my mind lately. The truth is, I do miss him at such a time as this. He would have challenged, protested and denounced your government’s actions regarding mandatory vaccination and would have ensured  that others did likewise. Therefore, in his spirit, and out of deep respect and love for Oscar and my embrace of the principles of fairness, justice, and inviolable rights — teachings of the Church, I have been moved to pen this note to you.

Ralph, your government’s mandatory vaccination policy — “Jab or No Job” — is in stark contradiction to our community “up- bringing”, religious ethos and the social teachings of the Church.  Love for neighbour demands that we hold in harmony the needs of the individual as much as we do for the many. The good of the many cannot be at the expense of the one, otherwise the lessons of the parable of the lost (Coin, Sheep, Son etc.) found in the Gospels would be empty and meaningless to those who find faith and solace in Holy Scriptures.

What I am saying is this:, governments have to make tough decisions in the interest of the common good of their citizens and sometimes, these decisions have serious consequences. But I am equally convinced that governments must also make moral decisions over and above what might be legal in the interest of preserving inviolable rights and freedoms that hold societies together. The government’s decision to effectively deprive a section of its citizens the ability to “put bread on their table” for not taking a vaccine is disturbing, vulgar and most definitely immoral.  “Good” public policy ought not to make citizens worst off on the account of the implementation of that policy. On the contrary, “good” public policy should enhance and make the human condition and peoples’ lives better.  Isn’t this what your party’s 2020 election campaign slogan promoted, “Lift SVG Higher”? If not, then, it was simply a “noisy gong and a clanging cymbal”to the ear.

How does a government that claims to be a workers’ and peoples’ government say to workers, ‘You must not live if you don’t take my vaccine”?  Well, that cannot, by any reasonable standard of interpretation, be a “choice”. That is tantamount to economic torture.  Ralph, as I write, hundreds of public sector workers including teachers, police officers and others are on the breadline. They have served this country with distinction for 5, 10, 20 and some over 30 years. What crime have they really committed against the state or their fellow workers? Incidentally, or so it seems, the same categories of workers who were primarily responsible for the accession to power of the Unity Labour Party have now become expendables 20 years after. Time does really tell a story, as the old people say.

Ralph, I urge you and your cabinet to strongly revisit the vaccination policy, which has caused much pain and unnecessary distress to hundreds of our citizens and is likely to continue into the new year. What better time to do so than Christmas? As I close, I appeal to you through the words of the Hebrew Prophet, Micah, who fiercely advocated that justice be done in all human undertakings. Listen to him again, “You have been told, ‘O Man, what is good, and what Yahweh requires of you: to do justice, to love mercy, and to walk humbly with your God’  Those who have ears to hear, let them hear!

15 replies on “A personal appeal to Ralph at Christmas”