Use $445,000 for geothermal project to buy fishing boats — Friday 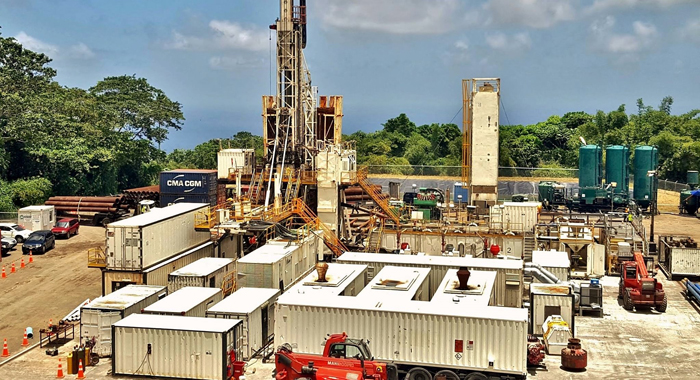 Leader of the Opposition Godwin Friday has called on the Unity Labour Party government to admit that the geothermal energy project has failed.

He said that the government should use to buy fishing boats the EC$445,000 budget this year for the project.

The geothermal project was scrapped in 2019 after wells dug into the flanks of La Soufriere did not find the requisite permeability to access the energy necessary to generate electricity.

In his Budget Address last week, Minister of Finance, Camillo Gonsalves, said that this government proposed to “continue attempts to turn setbacks into advances, as we seek to sustainably utilise the tremendous geothermal resources of La Soufriere”.

He said that the government has entered into a joint project development agreement with Eavor Technologies, a Canadian company, whose proprietary closed-loop geothermal energy extraction system does not require the permeability of traditional extraction.

“Eavor, at its own cost, is conducting a front-end engineering and design (FEED) study, which will assess the geological data, evaluate the impact of the recent volcanic eruptions, develop preliminary powerplant designs, meet with stakeholders and establish capital cost estimates,” the minister said.

By mid-year, Eavor will know whether the La Soufriere site is a feasible location for their closed-loop technology.

“We are hopeful that this FEED study will yield positive results, and that we can resume our journey to stable, affordable, home-grown baseload power. Mere months after La Soufriere reminded us of its awesome power, it would be apt that we could harness some of that power to provide green energy to the people of Saint Vincent and the Grenadines,” Gonsalves told lawmakers.

However, in his response to the budget, the opposition leader noted the EC$445,000  allocation to the project this year.

“The problem is that this facility, the geothermal project, let’s call a spade a spade, it has failed,” Friday told Parliament.

“They have tried to ease the transition from drilling, to getting rid of the equipment and sending them abroad. But they have not been able to produce any energy or to say that there’s a possibility of doing so.”

He noted that the minister spoke about the Canadian company looking into the project, but said nothing about the Ottley Hall Marina and Shipyard, which was built when the opposition was in office, but has fallen into disrepair under the current government.

“… the geothermal project has failed. It’s one of the promises that the government made big fanfare when they were introducing it.”

He said that the project was packed up, almost in the middle of the night, and the government said that the equipment was being sent to Trinidad for sharpening.

Friday, however, said the fact was that the drilling equipment was being sent to Spain for another project.

“So now we hear that they have this plan to use proprietary new technology, and drill laterally to try and extract energy.”

But Friday said that his understanding is that what is actually happening is that the Canadian company is a new company that has a new technology that it wants to try.

“So what it seems to me is that they’re saying, well, let’s go and try our technology there and see if it works, doesn’t mean necessarily going to go into production here. But it may be a way of demonstrating that their technology is viable,” Friday said.

“All I hope is that $445,000 in the estimate is reallocated to something else. Put it for the fishing industry. Leh they buy boats with it. Start investing in fixing Ottley Hall so that we could do something meaningful with it and don’t waste any more money on that project,” he said.

One reply on “Use $445,000 for geothermal project to buy fishing boats — Friday”