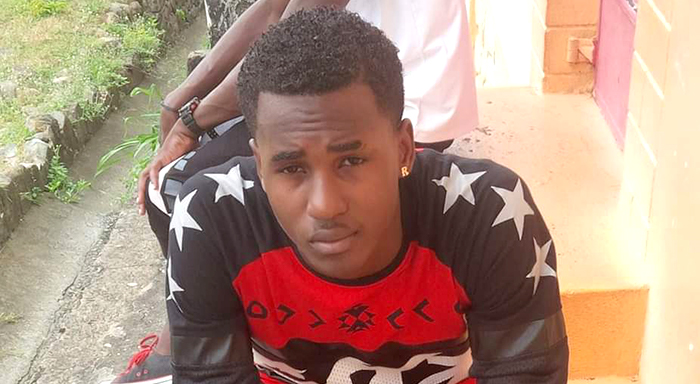 A Stubbs man was killed in Arnos Vale around 2:30 p.m. today (Saturday) in a daring, execution-style shooting near his mother’s workplace.

Hamilton died after an assailant walked up to him and shot him in the head at the bus stop across the street from the Sol Gas Station and the Church of the Nazarene in Arnos Vale.

The assailant then fled the scene on foot, leaving Hamilton dead on the sidewalk.

A video circulated via social media showed a woman near Hamilton’s body, which was lying on the sidewalk, saying, “That’s my son!”

Hamilton was killed yards away from where his mother works, at a food business in the area.

Hamilton’s death has been recorded as the fourth homicide in St. Vincent and the Grenadines this year.