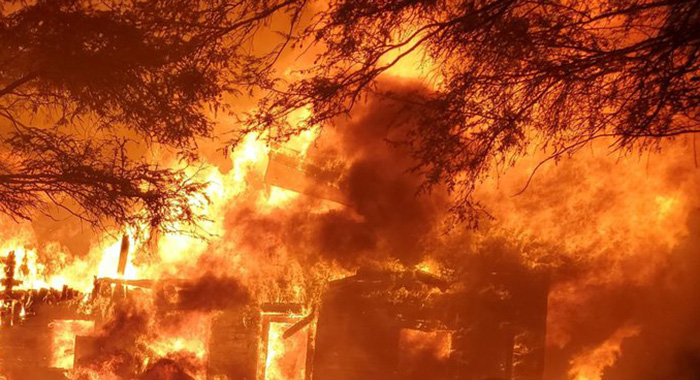 An internet photo of a house fire.

Police have launched a murder and arson investigation after a Valentine’s Day fire that left a Cedars man dead.

The dead man is Ohene Kaoma Samuel/Sutherland, a 41-year-old labourer.

“Preliminary investigations revealed that on Monday, February 14, 2022, at about 11 p.m., an unknown person(s) caused the death of the deceased by setting fire to his 12×13 ply wooden dwelling house causing him to receive severe burns to his body.”

The police said that the blaze destroyed the house and its content, including three dogs.

Samuel/Sutherland was subsequently transported to the Georgetown Medical Complex and later transferred to the Milton Cato Memorial Hospital (MCMH) for medical attention.

However, he died on Feb. 16 and a post-mortem examination revealed that he died as a result of his injuries, police said.

People with information can also contact any police station or speak with any police officer with whom they are comfortable.