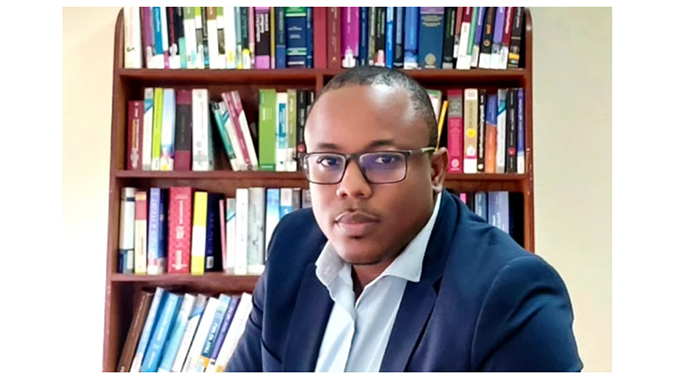 A Vincentian academic has been awarded the  UNESCO/Juan Bosch Social Science Prize.

UNESCO Director-General, Audrey Azoulay, on the recommendation of an international jury, has named Jason Haynes as the laureate of the UNESCO/Juan Bosch Prize for the Promotion of Social Science Research in Latin America and the Caribbean.

Haynes is the deputy dean for graduate studies and research, Faculty of Law at the University of the West Indies, Cave Hill Campus, Barbados.

He previously served as secretary general of the Arbitration and Mediation Court of the Caribbean, and as senior legal officer at the British High Commission in Barbados.

Haynes has taught law at undergraduate and postgraduate levels at Durham Law School, UK, the University of the West Indies, Mona Campus, Jamaica, and Arden University, UK, and has also worked at the Eastern Caribbean Supreme Court in St Lucia.

He has a PhD in international and comparative law from Durham University.

Created in 2009 at the initiative of the Government of the Dominican Republic,

The UNESCO/Juan Bosch Prize, which was created in 2009 at the initiative of the Government of the Dominican Republic, is awarded every two years to young social scientists who, through their work, contribute to strengthening the links between research and public policies.

Endowed with US$12,000, the prize also aims to encourage intellectual exchange and dialogue in Latin America and the Caribbean.

The prize bears the name of the celebrated Dominican author, politician, social analyst and fervent defender of democratic values and a culture of peace, whose work has largely contributed to the study of social and political processes in the Dominican Republic and in the Caribbean.

The Prize will be awarded at a ceremony in the Dominican Republic, this year.