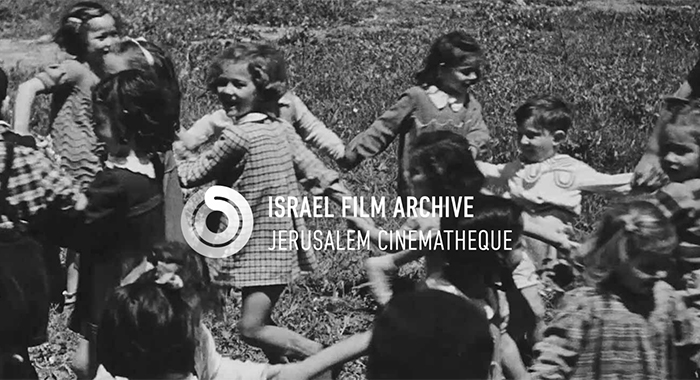 Since 1960, the Jerusalem Cinematheque’s Israel Film Archive has been responsible for the safekeeping and preservation of original Israeli narrative and documentary film works – from the late 19th century until the present-day.

The public can now explore the archive’s film treasures on-demand and from any place in world.

The project, which started seven years ago, involves digitisation of rare film and video footage.

It includes an advanced digital preservation system and a detailed catalog including 8,000 topics and 4,000 figures, accessible through an interactive search of public figures, dates or landmarks.

The new website features two main on-demand options: The Historical View that travels through Israel’s history through thousands of rare archival materials such as Jerusalem during Israeli war of independence, Hollywood stars and politicians’ visits to Israel, the streets of Tel-Aviv and Jerusalem during WWI and thousands of other newsreels and home videos.

The Artistic View is a selection of over 300 feature classics and documentaries made in Israel.

Some of the films are accessible to the international audience with English subtitles for the first time, among them is a list of Israeli classic cult films such as Avi Nesher’s Sing Your Heart Out, Boaz Davidson’s Alex is Lovesick and Halfon Hill Doesn’t Answer.

The Historical View is accessible free of charge in both English and Hebrew versions. The Artistic View contains 300 feature films, some of which are accessible for a small fee.

The materials made available on this innovative website are translated, tagged, and searchable in English and in Hebrew. For example, one may find over 8,000 searchable topics and over 4,000 searchable people of interest and notable public figures.

A press release says that result is a dynamic new website that offers a unique opportunity to browse through Israel’s filmed history including every newsreel produced in Israel from 1927-1972, home movies, entire family collections and rare films.

The website, which is best accessed using Google Chrome, is now accessible free of charge in both Hebrew and English.