Duo charged with assault of student on college compound 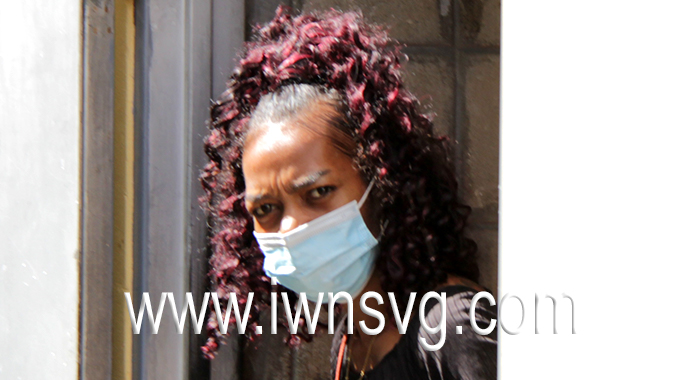 Defendant Tamika Phillips/Erescia Phillips after her arraignment on March 10, 2022.

A man and a woman were on Thursday charged with trespassing onto the property of the community college and assaulting a student there.

The alleged assault was recorded on videos that are making the rounds on social media.

Jardel Williams, 21, of Brighton, and Tameka Phillips, 29, of Ottley Hall, appeared before the Serious Offences Court on Thursday and pleaded not guilty to a charge that on Tuesday, at Glen, they did enter upon the St. Vincent and the Grenadines Community College in Glen, to wit its yard, with intent to commit an offence.

They pleaded similarly to a charge that on the same day, also at Glen, they assaulted Romell Gibson, an 18-year-old student, of Chester Cottage, causing actual bodily harm.

They had been granted station bail ahead of the court appearance.

Counsel Grant Connell, who represents the accused, told the court that he was recently retained and had not taken full instructions.

“However, St. Vincent and the Grenadines is a very small place,” he said and asked that the matters be transferred to the Kingstown Magistrate’s Court.

“Because it is not a very serious offence,” he said.

“Tuesday will be very busy. I don’t know if he wants to transfer to another court,” the lawyer said, referring to the prosecutor, Station Sergeant of Police, Renrick Cato.

“You don’t want me to hear this, for any particular reason?” Chief Magistrate Rechanne Browne said.

“No. I do my duty and fear no man, including the chief magistrate,” Connell said.

Brown told the lawyer that whether the matter is transferred would depend on the prosecutor.

However, Cato asked that the matter be kept at the Serious Offences Court.

“It is not a lengthy matter. I have no difficulty hearing it at this court,” Cato said.

The chief magistrate then said she would be “very upfront. I am very familiar with one of the defendants and it will pose a difficulty.

“Therefore, as prosecutor, you can guide as to where. I don’t know the list of how heavy the matters are elsewhere.”

She said that she understood the defence counsel to be saying he had no difficulty with the matter being transferred to the Kingstown Magistrate’s Court.

“Will the prosecutor be going downstairs too?” Connell said, referring to the location of the Kingstown Magistrate’s Court.

“I believe so,” the chief magistrate said.

The chief magistrate said she was looking at the bail amount and the nature of the offences.

Cato asked for one additional condition: that the defendants have no contact with the virtual complainant.

“Because there is an assault and the station bail wouldn’t cover that,” she said.

The matter was adjourned to the Kingstown Magistrate’s Court for Tuesday.