High Court to decide if ‘vaccinate mandate’ dismissals were legal 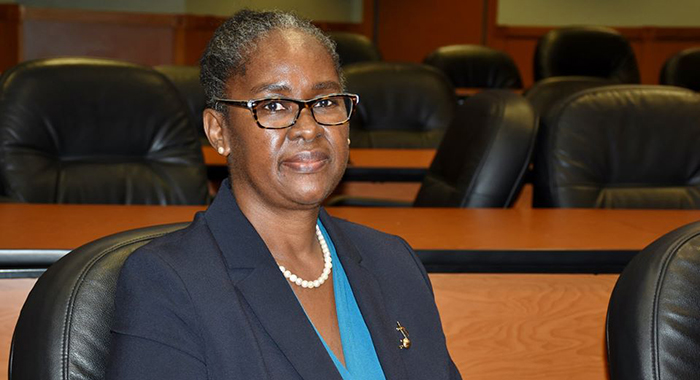 The High Court, on Thursday, denied permission for judicial review of the COVID-19 vaccine mandate in St. Vincent and the Grenadines (SVG).

Justice Esco Henry, however, ruled that the court should hear the case by former government workers, who were dismissed for abandoning their posts, even though the law under which they were fired deemed them as absent if they attended work while being unvaccinated against COVID-19.

However, the court ruled that the Teachers’ Union, PSU and PWA were not competent to bring a suit in their own names in the proceedings.

The ruling said that the Teachers’ Union, PSU, PWA and the Attorney General were struck out as parties to this part of the proceedings, specifically the application for leave to seek judicial review.

The judge gave permission for the court to review the legality of the Minister of Health’s decision to make rule 8(1) and (2) of SR&O No. 28 of 2021 — commonly referred to as the vaccine mandate.

Regulation 8(1) provides that an unvaccinated employee must not enter the workplace and is to be treated as being absent from duty without leave.

Regulation 8(2) states that Regulation 31 of the Public Service Commission Regulations applies to a public office who is absent from duty without being on leave.

Public Service Commission Regulations, a public officer who does not attend work for 10 days, without being leave, is considered to have abandoned the job.

The court, however, limited the review to the illegality, procedural impropriety and proportionality grounds in sub-paragraphs 7(g), (h), (i), (n) and (p) of the notice of application and related grounds.

In 7(g), the applicants argue that the effect of the application of Regulation 31 is that a person who refuses or otherwise fails to take the COVID-19 vaccine would be deemed to have abandoned his job after 10 consecutive days of being debarred from attending his workplace.

The judge also ordered that the court should hear the arguments that Howe, Roberts, Thomas, Lyttle, Smith, and Olliver have all been debarred from attending their workplaces for a period of excess of 10 days and by way of letter, the Minister of Health and PSC terminated their employment without providing them with an opportunity to be heard.

The court will also hear arguments and rule on the point that the application of Regulation 31, among other things, has the effect of depriving the applicants of their accrued pension and benefits arising from decades of service pursuant to section 6 of the Pension Act.

The judicial review will also consider where the rules made under Regulation 8(1) and (2) are outside the statutory mandate in that they touch and concern the consequence on the employment contract where a relevant employee refuses or otherwise fails to take the vaccine.

The final point that the court will consider is the applicants’ claim that “there is no rational connection between the temporary public health measure under the said SR&O and treating an employee who refuses to take the vaccine as having abandoned his or her job and permanently terminated at the instance of the employee”.

The applicants say that the SR&O — commonly referred to as the “vaccine mandate” —  is “disproportionate in so far as less intrusive measures could have been taken to achieve the purpose” for which the Minister of Health was given the power to make rules.

Meanwhile, the court refused the applicants’ claim for leave to apply for judicial review of the minister’s decision to make rule 5(1) of SR&O No. 28 of 2021.

Rule 5(1) of SR&O No. 28 of 2021 established a mandatory COVID-19 vaccination programme for a number of public sector workers that the government has deemed “frontline and essential workers”.

A written judgment in the matter is still pending, but the court ordered that the applicants file and serve their claim for judicial review within 14 days.

The first hearing of the application for judicial review is to be scheduled to a date in April or May 2022.

The date is to be convenient to the parties and fixed by the registrar in consultation with the parties.

The court ruled that each party shall bear his, her or its own costs.

Kezron Walters and Cerepha Harper represented the attorney general, minister of health and commissioner of police:

Editor’s note: the lede paragraph of this article has been updated to more accurately summarise the decision of the court.

This article was further updated at 19:08 AST on 10 March 2022 to remove a paragraph that spoke to a constitutional issue, which the court did not address.