Men fined for 3oz to 6lbs of ganja 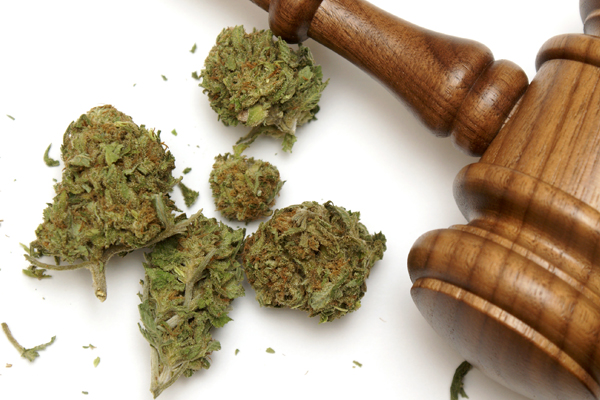 Three men were on Tuesday, fined for possession of marijuana in separate cases before the Serious Offences Court.

Kevin Steele was ordered to pay EC$166 forthwith or spend one month in prison for 143 grammes (5oz) of cannabis that he had in his possession at Rose Place on Monday.

Officers from the Rapid Response Unit arrested him about 12:20 p.m. while on mobile patrol duty.

While patrolling in Rose Place, the officers saw Steele sitting on a stool next to a parlour.

On the floor of parlour, the officers saw a red knapsack and asked Steele about it.

Steele said it was his and consented to a search, during which the officer found the marijuana in a black plastic bag.

“Officer, is a small smoke I have there,” he told the police before he was arrested.

Meanwhile, John Hunte was ordered to pay the court EC$253 forthwith or spend one month in prison for possession of 194 grammes (6.8oz) of cannabis in Largo Height on Monday.

He was arrested around 8:45 p.m., when PC 944 Homer, who along with RRU personnel were on mobile patrol duty.

Homer saw Hunte sitting on a wall with a blue book bag next to him.

He said the bag was his and consented to a search.

Homer found the marijuana in a brown taped package inside the bag.

“Officer is a personal smoke,” said Hunte, who had no previous conviction.

RRU officers went to his home about 7:40 p.m. to execute a search warrant for firearms, ammo and controlled drugs.

Before the search, Lockhart said: “Officer, me nah get no gun. All me get is a piece ah weed.”

Lockhart took a multi-coloured sheet from a black and yellow storage bin and handed it over to an officer.

“That ah mine,” he said, when cautioned.

The search continued and in the same bin, which was located in Lockhart’s bedroom, the officer found six packages containing marijuana.

“Ah mine. Me nah even remember that dey,” Lockhart told the officers.

In mitigation, he told the court that he is self-employed and helps to care for his diabetic father.

Acting Corporal of Police 754 Tekisha Harry read the facts in each of the cases.