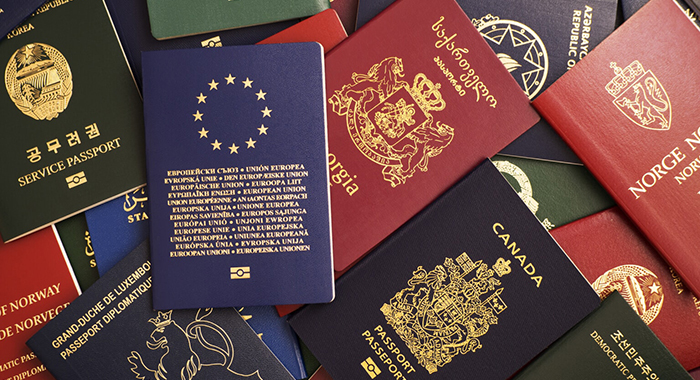 Gonsalves and his government are opposed to CBI programmes, various forms of which have been implemented in all the other independent nations of the Organisation Of Eastern Caribbean States.

However, he noted this week that the United States has moved to decline visas to holders of passports obtained by CBI.

Further, the European Union has passed a law giving countries three years to phase out the programme or face visa requirements for all its passport holders, Gonsalves said.

He said there is a bipartisan move in the U.S. Congress, with a Republican and a Democrat introducing a bill in “to clamp down on these what they call golden passports — passports, which you get through citizenship by investment; selling the passport, selling the citizenship.

He said that the law basically took “a little bit further” what was being done administratively.

“If you buy your passport, buy your citizenship, the Americans had taken a decision administratively not to give you any visa.”

He said that whereas someone who obtains a passport from Antigua and Barbuda, Dominica, Grenada, Saint Kitts and Nevis or St Lucia through CBI can travel visa free to the United Kingdom and the EU, “the United States has practically closed the door”.

The prime minister said that Canada has done so to some extent Canada “because Canada even though you have to apply for visas, a few of them who have purchased passports, they got into Canada”.

“The Russian yacht which had come down here, that Russian came here on a passport from Cyprus. But he was not sanctioned,” the prime minister said.

The super yacht “Anna” docked in Kingstown in March 4, with its owner, Russian billionaire Dmitry Rybolovlev, on board and purchased 40,000 gallons of fuel before setting sail one day later.

Gonsalves, who said last week that his government is not obligated to follow unilateral sanctions, pointed out this week that Rybolovlev was not under sanctions.

He further said a resolution was passed in the European Parliament directing the European Commission to ban “golden passports”.

“You can go online on the European Parliament website and find this particular resolution, this text which was adopted and basically what it says that they are given the countries three years, between now and 2025,

“You have one of two choices: you abolish citizenship by investment, you abolish the selling of passports and citizenship by 2025 and they giving you three years for you to gradually phase it out. You ain’t supposed to do any new programme.

“All Antiguans, all Grenadians, all Kittians, all St. Lucians, all Dominican, would lose entry into Europe and the United Kingdom is planning the same thing. So if you want to go to France where you can go there now without a visa, you will require a visa,” Gonsalves said.

The EU Parliament has called for a EU “levy of a meaningful percentage on the investments made – until ‘golden passports’ are phased out, and indefinitely for ‘golden visas’” within the block.

“It also asks the Commission to put pressure on third countries that benefit from visa-free travel to the EU to follow suit,” the website said.

The resolution passed by the parliament with 595 votes to 12 and 74 abstentions says golden passports should be phased out fully.

At least 130 000 people benefitted from CBI/RBI schemes in the EU from 2011 to 2019, generating revenues of over 21.8 billion euros for the countries concerned.

The Bulgarian government has tabled a draft law to end the scheme. Cyprus is only processing applications submitted prior to November 2020, all of which have already been examined, the Cypriot government has said.

Twelve EU member states have RBI schemes based on diverging amounts and options of investment.

“If Britain does the same way like the Europeans, it puts everybody into trouble by not having the visa; just like how Canada cut off theirs. But, additionally, who’s going to buy your passport if you can’t get in any way visa free?”

The prime minister noted that the matter of CBI was a campaign issue in the 2015 and 2020 general elections.

The opposition New Democratic Party, which gained the majority vote in the election but lost the election under the country’s first-past-the-post system, supports a CBI programme for St. Vincent and the Grenadines.

“And, you know, the position that I take on citizenship by investment… That is the glamorous name for selling citizenship and selling passports. A rose by another name, or, as the case may be, a pit toilet by any other name.”

He said he has always maintained that in principle and practice, CBI “is a mistake”.

Gonsalves said that in principle, the nation “mustn’t sell our instruments of nationhood. Citizenship is the highest office in the land, higher than prime minister, higher than governor general. It’s not a commodity for sale.

“And the passport is the outward sign of the inward grace of citizenship and that, too, is not for sale. You have heard me on that mantra, over and over again.”

He said that in practice, CBI is not sustainable.

“And in any case, it is bringing a lot of vagabonds and criminals and people who want to use their money to escape the extent of scrutiny.”

7 replies on “US, EU shutting door on ‘golden passports’ — PM”