Gov’t says no to jetty at Jackson Bay 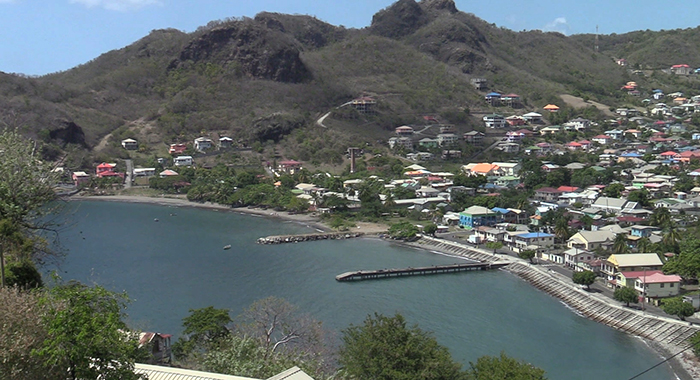 A third jetty would have been constructed at Layou, if the application were approved.

The government has denied an application of the construction of a third jetty at Layou.

Layou residents protested last week Wednesday, March 23, and on Sunday in opposition to the proposal.

Gonsalves said the level of “civic consciousness” that arose after the application was published was “pleasing” but he urged that people familiarise themselves with the planning laws.

“And while I made the point about holding aloft issue of civic consciousness, we must, at the same time, read and understand carefully the stage at which this process was,” Gonsalves said.

SVG Aggregates, one of three quarries operating in the Layou Mountains, had applied for permission to build a jetty at Jackson Bay, at the western end of Layou.

Yoni Jardine, the manager of the quarry, told iWitness News on Monday that the jetty was to facilitate the export of the quarry’s products and make it more competitive internationally.

But Gonsalves noted that under the planning laws anybody can apply for planning permission “to do anything they want to do.

“In other words, the people who want to build a jetty, … they are saying, essentially, let me see if the planning authorities has any appetite for this.”

Gonsalves said that if the the application were a full one rather than merely “in principle”, SVG Aggregates would have had to have done a number of things, including produce an environmental and social impact assessment.

“There’s nothing like that. There was no plan submitted of the design for the jetty,” the prime minister said.

“If you’re building a jetty, you have to come to the government because even you have the adjoining land above the high watermark by the beach, the jetty has to be put down on the seabed.

“And it is the state which owns the seabed. You have  to come to the government to lease the seabed to you and you wouldn’t get planning permission unless you have a lease.”

Gonsalves said that any planning permission for building a jetty would say that it is subject to obtaining a lease of the seabed.

“So this wasn’t the full application; an application was made in principle.

“So that what the planning authorities will do is to put the notification in the newspaper, see what is people’s reaction, they themselves go and check out the place… A kinda scoping works to see whether this in all the circumstances is suitable, necessary, desirable,” Gonsalves said.

He said that residents of Layou “were not unreasonable in saying, ‘Listen, you have two jetties down there already. One of them is the government jetty, which needs work to be done on it. That was there from donkey years and one by C.O. Williams because they have a quarry up in the bush too. Something could be worked out with one of them.’

“So that was the deal of the matter in principle.”

Gonsalves said he spoke about the matter for the first time on radio on Monday.

“And after I spoke on it, the responsible person from Planning called me and told me that the Thursday before, on the 24th, that planning had considered the matter in principle and had refused.

“But they apparently hadn’t communicated that because Thursday, the 24th and there was Friday then there was a weekend and I was on the radio on the Monday.

The prime minister said that he appreciates that the quarry owners would want to “be able to get the materials out without the expense and the confusion on the roads.

“And it makes sense go by the sea. But if you have two jetties — and one of them is not in really any good condition and the other one. I mean, arrangements could be made, certainly.”

He said that the public, generally speaking, “need to appreciate that there is an independent Planning Board.

“When an application is made, you can’t say that government is supporting that because I didn’t know anything about the application.

“You have to go and you make the application in principle, or you can make a full application. And the law says that the Planning Board has to do certain things.”

The Planning Board, by law, has to publish the application so that they can get some sort of reaction from the community.

“And they certainly gave a reaction,” Gonsalves said, referring to the residents of Layou.

“Well, as a young democracy, we have to know how processes work. But you can’t go from that and say because there is an advertisement by the planning authorities, that the government is supporting it.

“The government has nothing to do with it. In the law itself, there is a kind up sweep of provision after you’ve gone through all the independent processes, where the cabinet may act in certain circumstances. But the law is there.

“But it’s good to see that people have a certain growing consciousness about these matters.”