Politician in trouble over false statements about court 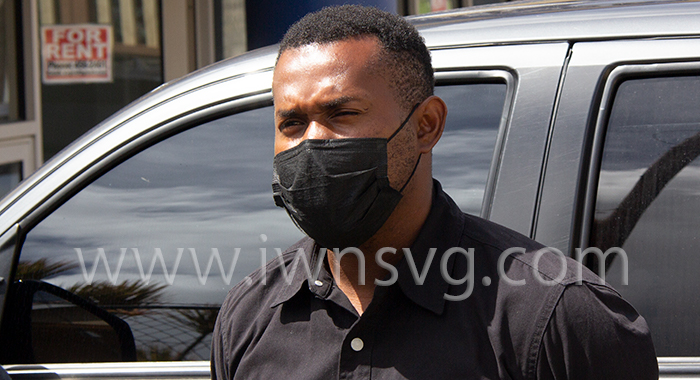 Chief Magistrate Rechanne Browne, on Thursday, recused herself from the trial of a politician accused of possession of a licence firearm, after he made certain allegations against her on Facebook.

Browne said Asardo Bennet’s “manifestly untrue” statements on Facebook made it impossible for her to continue to hear the matter.

iWitness News understands that after Bennett’s statement came to the attention of the authorities, he was arrested on Wednesday and brought before the Serious Offences Court, where the chief magistrate expressed her strong objection to his statement.

However, his lawyer was not present and the chief magistrate ordered that Bennett and Connell appear before her on Thursday.

On Thursday, Browne said that when Bennett appeared before her on Wednesday, she “expressed quite clearly to him how I felt”.

She said she is not one to peruse Facebook or listen to radio programmes.

“So when this was drawn to me, I was quite taken aback by the contents because they were manifestly untrue,” Browne said.

“And it is clear you have had an intention. Well, it worked…” Brown told the accused.

“When I took an oath as a judicial officer, I take that seriously when it comes to justice. And putting my character into disrepute, I cannot say enough how I felt by those utterances.”

Referring to Connell, she said:

“So, I note you would have been here and I don’t know if you heard me telling any police certain things. Having seen that, it would not be in the best interest to continue with this matter.”

Connel then stood and said that as an officer of the court he must rise and correct Bennett’s statement.

The lawyer said that he does not have a  Facebook account but the post was drawn to his attention and he spoke to Bennet about it.

Connell said that Bennet had indicated that he was very sorry for his action.

“I was present and as an officer of the court, I would say that the utterances that were made and the inference that can be drawn from what was said is at variance with the truth,” Connell told the court.

“I think it is a misunderstanding, given the procedure of the application by the prosecution to treat the witness as hostile,” Connell said, referring to one of the statements that Bennet had made in his post.

“So it is a misunderstanding of what is applicable in the court. He was wrong,” the lawyer said.

Connell said that a now deceased lawyer used to say that he did not “ride wild horses”, referring to defendants who are unwilling to heed the advice of their lawyers.

He said it was not too late for Bennett to “come to redemption”, adding, “We are all spiritual beings having a physical experience.”

“To say things that defame a magistrate is wrong,” Connell said.

“I know we have descended into some lawless society where anything goes. But there is no half-right or half-wrong. Wrong is wrong; right is right.”

He said that the chief magistrate had rightly recused herself.

The lawyer said he had spoken to his client beforehand during the trial “and such actions are at striking variance with my advice.

“Therefore, I have no choice and I have indicated to him that I will be making an application to be removed from record so that he can have a fresh start.

“New magistrate, now prosecutor, new lawyer, so that no inferences can be drawn, no allegations made,” Connell said.

“I think he has learned his lesson and I don’t think he will make that error again… We all know that Facebook is now the court of public opinion but a slight error on his part.

The chief magistrate noted that Bennett’s actions are one for which criminal sanctions could be applied.

“I hope that the book would not be thrown at him,” Connell said.

“People need to understand that sanctions can be applied,” the chief magistrate responded.

She granted Connell’s application to be removed from the record as Bennett’s lawyer and adjourned and transferred the matter to April 8 before the Mesopotamia Magistrate’s Court .

Bennet started to tell the court, “Your honour, Mespo would be…”

“You hold on—” Connell told his client, as Browne told him that he has a lawyer through which he should speak.

The lawyer then spoke in a hushed voice to Bennett, who was still standing in the dock.

After their conversation, Bennet said:

“Thank you,” the chief magistrate said.

Connell commented: “That sounds genuine. It doesn’t sound as if speaking as a politician.”

Bennet was being tried on charges that:

On the same date and place, he had in his possession three rounds of 9mm ammunition, without a licence issued under the firearms Act.

Station Sergeant of Police Renrick Cato was the prosecutor.

In November 2020, Bennett obtained 16 votes in his bid to win the South Leeward seat as an independent candidate in a three-way race.

3 replies on “Politician in trouble over false statements about court”