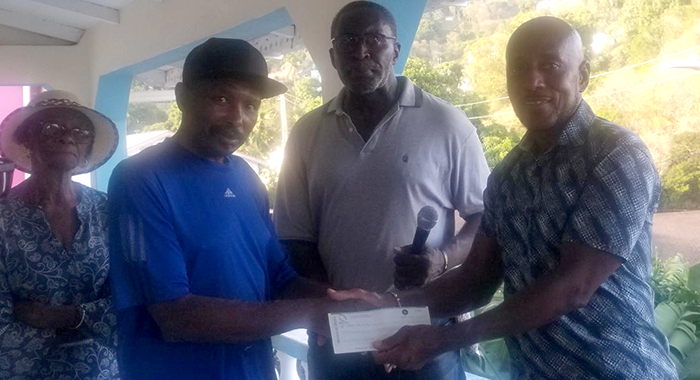 Parliamentary Representative for East Kingstown, Dwight Fitzgerald “Fitz” Bramble has presented a cheque for EC$2,015.17 to the family of Dorian Woodley of Mala Village, Sion Hill.

It represented the first of two donations to the Dorian Woodley Medical Fund. Woodley is in Trinidad receiving medical attention.

The fundraiser, consisting of a car wash and BBQ, was held at Sion Hill Junction in March.

The family thanked Bramble and his group for the kind gesture and advised that Dorian had made some progress since entering the Trinidad hospital.

Also on hand to witness the presentation were other members of the Woodley family and some executive members of the New Democratic Party East Kingstown Constituency Division.