Court rules against prosecution over failure to disclose evidence 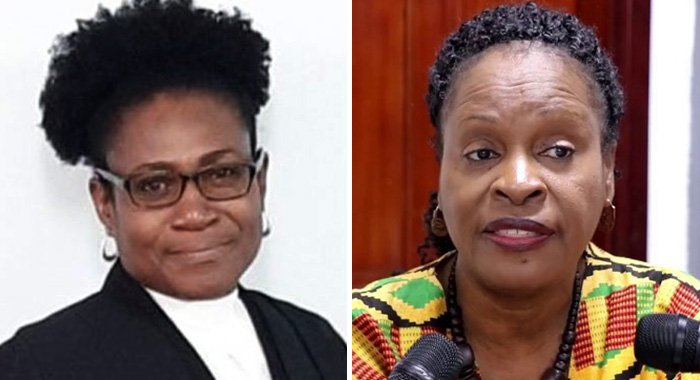 Magistrate Zoila Ellis-Browne, on Thursday, criticised the prosecution in the Georgetown Police Station firearms and ammunition theft trial over their failure to disclose a search warrant to the defence.

The court ordered on Jan. 4 that disclosure take place by Feb. 7.

On Thursday, day 4 of the trial, which began on Feb. 25, the prosecution attempted to tender a search warrant in evidence, but the court upheld the objection of defence counsel Grant Connell.

The development came as the lead investigator, Assistant Superintendent of Police Oswin Elgin Richards continued his evidence in chief, which he began giving on Wednesday.

Richards told the court that during his investigation, the defendant, Zackrie Latham, 26, a former police officer, of New Grounds, handed over to him a red and black phone.

“It was packaged, handed over to the I.T. department [of the police force) to be sent to the Fusion Forensic Lab in Barbados for analysis,” Richards told the court.

“I also said previously that I applied to the court for a warrant. On close thought, I can recall when I was granted that warrant to search that phone, I recognised that I did not include the black and red phone in that warrant,” he said.

Richards had initially obtained a warrant to send two phones and an iPad to Barbados for forensic analysis.

He told the court:

“And so, on June 23, I went back to the court, the Serious Offences Court, and I made an application for a warrant to search that black and red phone. On that application, I made it on two phones, I think — a phone for the defendant and one for Kelroy Fergus. That warrant was granted and on June 24, I handed over the warrants to the I.T. department.”

Richards told the court that he could identify the warrant by his name and the names of the defendant and Kelroy Fergus within the body of the warrant.

The prosecutor then made an application for the warrant to be identified and tendered in evidence.

The magistrate, as she had done with other documents throughout the trial, asked if the warrant had been disclosed to the defence.

Jackson-Richards told the court that the warrant was disclosed by email.

Connell asked her to disclose the time that that disclosure was effected.

“As I know it, disclosure is on-going and based on an email that I would have (sic) received… counsel would have been (sic) served with this particular document last night at 8:30 and he was served with a copy this morning.”

However, Connell told the court that when he was returning to the courtroom a few minutes earlier from a bathroom break, the court clerk “approached me with a document — apparently he doesn’t know better — in the precincts of the court”.

The lawyer further noted that the prosecutor spoke of an email at 8:30 p.m.

“I don’t know how the DPP office operates but I am a happily married man and when I leave the precincts of this court, I have a family that I attend to.

“From my recollection, there was an order for disclosure. Yesterday, a search warrant was tendered and the officer gave no evidence in chief of this so-called second [warrant]. The first warrant made no mention of the red phone going to Barbados.”

Connell said that he found it strange that the prosecutor had asked for an adjournment the previous day, when “the ASP’s evidence was close to ending”.

He said that what was even “more strange” was that the warrant that the prosecution obtained on June 23, 2021 had not been disclosed as per order of court.

“This highlights the quagmire and I want the court to take note. Isn’t it more than coincidence that the first search warrant where they asked to search the iPad and grey phone belonging to Latham and they got that order for it to be searched and those items never went to Barbados to be searched, but the red Samsung that was taken before the warrant was issued was the only one to go?

“It highlights the problem because this offends the nostrils of justice because disclosure has not been done,” Connell said.

However, the prosecutor asked the lawyer to cite the legal authority upon which he was making the objection.

She said that another witness could speak to the issue about which devices were sent to Barbados.

The lawyer said he, therefore, did not need to cite any legal authority to support his objection to the warrant being tendered in evidence.

Jackson-Richards began saying that it is not the prosecution’s practice to disrespect the court.

However, the magistrate did not entertain her, adding that she thought the prosecutor was going to cite an authority in her favour.

Ellis-Browne reiterated the order in January for disclosure.

The prosecutor responded that all the documents that were in the prosecution’s possession were disclosed.

“This is a document that after I got conduct of the matter, I realised and asked for it,” the prosecutor said.

The magistrate said the prosecutor’s explanation made the matter worse.

“Someone in your team who had the document — and that team includes the investigation team — did not see it fit to pass it. Let’s move on.”

Connell then rose and attempted to cite authority in his favour, but the magistrate did not entertain him, saying that the court had ruled on the matter.

The prosecutor made an application for the red and black cellphone to be tendered in evidence.

“What is the purpose for tendering it?” Connell asked the court.

The magistrate said that is for the prosecution to say.

“They may have something up their sleeve,” Ellis-Browne said.

Connell did not object to the phone being tendered and it was entered into evidence.