Police sergeant scolded for reading evidence from his palm during trial 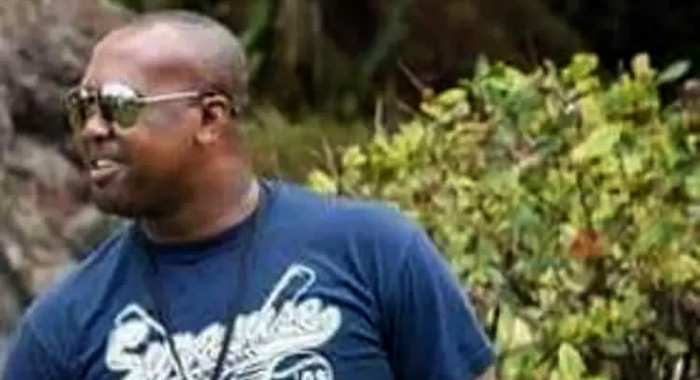 A sergeant who began his testimony in a trial by declaring he has been a police officer for almost 24 years was shortly thereafter told that he had disappointed the court by secretly reading evidence from his palm.

“This is not professional. I am very disappointed,” Magistrate Zoila Ellis-Browne told Sergeant 163 Disraeli Lett at the Calliaqua Magistrate’s Court on Tuesday during the trial of a former police officer accused of stealing guns and ammunition from the Georgetown Police Station last year.

She ordered Lett to remove the information from his palm and continue his evidence.

However, defence counsel Grant Connell pleaded with the court not to allow Lett to continue to give evidence.

“If the court entertains this type of uncouth behaviour by a police officer, it would cause this system to go down into an abyss of no principles at all,” Connell said.

However, the magistrate said she had heard the objection and had noted it.

Lett was one of the two sergeants — each leading a team of officers — at Georgetown Police Station when the alleged theft of the weapons was discovered on June 3, 2021.

He began his evidence by telling the court that on June 2, at 10:01 a.m., he returned to Georgetown Police Station.

He said that as the non-commissioned officer (NCO) in charge of team 2, his functions included the issuing and receiving of weapons to police officers, care and custody of prisoners, and “fatiguing” and maintenance of the station.

Lett said that on June 2, at 10:32 a.m., he took over from Sergeant Massiah, and at the Georgetown Police Station, there were five Glock pistols and two M4 rifles belonging to that station.

“Upon taking over the station, I would have (sic) went (sic) to the exhibit room and checked those firearms and ammunition, which was handed over to me by Sergeant Massiah,” Lett told the court.

He said there were 20 full boxes (containing 50 rounds each) of Glock ammunition with 37 rounds in another box.

Lett said the police force refers to ammunition in magazines of firearms as “loose”, adding that of the 1,111 rounds, only 14 were issued to a firearm that had been issued to an officer on duty.

“For M4, W87–” Lett was saying when Connell rose and said, “Your honour, it is very disturbing with ‘24 years’ experience’ that I would have to make this submission. And I will ask you to make your own decision.”

The lawyer asked that he be allowed to see Lett’s palms.

“My hands are clean, your honour,” Lett responded.

“I will ask the honourable court to dispatch this witness. He is reading from his palm,” Connell said.

Lett said he was not reading from his palm.

But when the lawyer asked him if he had information in his palm, Lett said yes.

Connell said he saw Lett putting his hand a certain way and that triggered his suspicion.

“That is not proper,” he said, adding that a witness cannot come to court with serial numbers or information that is crucial to the determining the case written in his palm.

“I don’t know who encouraged that, but I don’t think my friend would uphold that, she being a prosecutor of principle as I know thus far,” Connell said, referring to the prosecutor, Crown Counsel Maria Jackson-Richards.

Connell said the development was “very disturbing” adding that there are “boundaries” to how far one should go to seek a conviction.

At this point, the prosecutor asked Lett what kind of information he had on his hand.

Connell said that Lett’s evidence was tainted and was an affront to justice.

The prosecutor said a witness is entitled to memory refreshing and if he cannot recall a number there is a process to be followed.

She, however, said that she did not see “that because of this one blunder that the witness should not give the remaining evidence.

“I understand that he should not have done that. I am requesting that he be allowed to continue.”