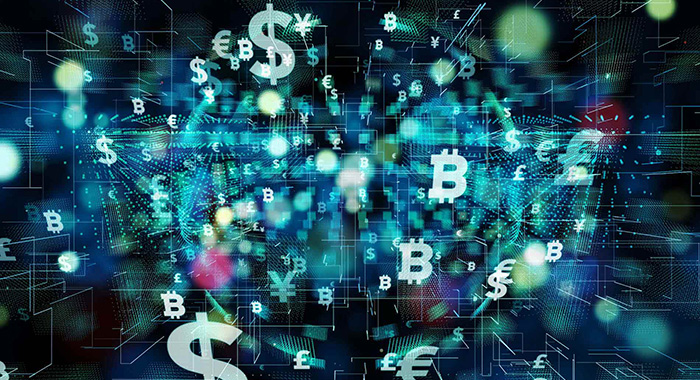 The St. Vincent and the Grenadines parliament has approved virtual assets legislation drafted by the Eastern Caribbean Central Bank, becoming the fourth currency union member to do so.

Minister of Finance Camillo Gonsalves presented the Virtual Asset Bill to Parliament, telling lawmakers that it was taken “wholeheartedly” from the ECCB and had already been passed into law in Antigua and Barbuda, Grenada, and St. Kitts and Nevis.

Gonsalves said that under the law, virtual assets do not include digital currency such as the ECCB’s DCash “but other representations of value that you can trade and transfer and buy and sell with…

“A lot of what you would know there would be what we call cryptocurrencies. And that is really the heart of the virtual asset regulatory framework, but there are other things.”

He said that under the law, virtual assets would also include non-fungible tokens (NFTs)

“But the core of what we’re talking about here is the rise of virtual currencies.

“And we have had in recent years, globally, an explosion in the use of virtual currencies. And we have gone, for example, from when Bitcoin, for example, was created in 2008, digital assets, including cryptocurrencies have seen explosive growth.”

Gonsalves said that five years ago, the market cap for digital assets globally was US$14 billion.

“Today it is $3 trillion. And over 100 countries in the world are trying to carve out digital currencies, like we have with DCash to create a digital form of a country’s sovereign currency.”

He said that the law requires an application process for the registration of a virtual asset business.

It requires relevant information to be provided at the application stage, for due diligence to be conducted on the directors and shareholders of each virtual asset service provider to determine whether or not they are fit and proper to operate such a business.

He said that the legislation is important for SVG, although not many people in the country might be trading with Bitcoin and cryptocurrencies.

Gonsalves said one part of the reason is the regional nature of the law, in that the Eastern Caribbean Currency Union wants to have a standard legislative framework for virtual assets.

“But another reason is that already, given its size, given its rapid growth globally, the usual suspects in terms of international regulation have virtual assets on their radar.

“So the Financial Action Task Force on money laundering, which we’re all familiar with, in St. Vincent and the Grenadines and across the Caribbean because they’re constantly imposing new regulatory requirements on us, they have expressed their concerns with the unregulated use of virtual assets.”

He said that at the beginning of the year, the United States government issued specific guidance on the use of virtual assets.

“And the FATF has issued a recommendation since October of 2018, in terms of virtual assets and virtual asset service providers, and has stated that virtual assets have become subject to anti money laundering and counter terrorist financing schemes of countries.”

Gonsalves said that digital assets are “the next big thing in terms of finance and commerce globally.

“And it is useful for all of our countries to get out in front of it and regulate proactively rather than waiting, as we have done in the past, for regulations to be imposed upon us from afar.”