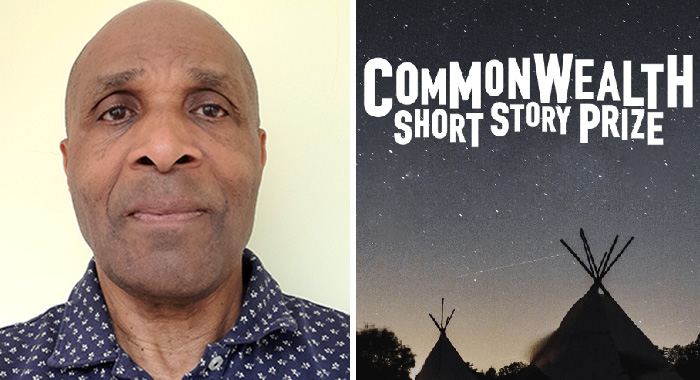 A former maths teacher who moved to the UK from St. Vincent and the Grenadines as a teenager is the 2022 Commonwealth Short Story Prize (Canada and Europe).

A press release said that Cecil Browne’s winning composition, “A Hat for Lemer”, which is set in 19th-century St Vincent, “surprises at every turn”.

The story opens with a dilemma as a woman is offered a much-needed chance to make some money, but only by working for an estate owner…

The Commonwealth Foundation today announced the regional winners of the world’s most global literary prize.

Browne, 65, who moved to the UK from SVG as a teenager, beat off competition from a strong field of shortlisted entrants including Canadian David McIlwraith, Alexandra Manglis from Cyprus, Gibraltarian Jonathan Pizarro and Farah Ahamed, JS Gomes and PR Woods from the UK.

He will go through to the final round of judging and the overall winner will be announced on June 21.

“A Hat for Lemer” is the story of a woman who is faced with a dilemma after Emancipation.

When an estate owner ,Noah Brisbane, implores her to find a missing Methodist minister new to the island, she has to decide whether to accept the task.

The fee could build a house for herself and one for her parents, but can she ignore who Brisbane is and what he represents?

Commenting on his win, Browne said:

“Discovering that I was the regional winner filled me with a private joy, but this quickly turned into the kind of joy I experience when the family is together for some function, all three generations, along with our close friends. ‘A Hat for Lemer’ portrays early Vincentian society, and the dilemma Lemer faces as she seeks to define a role for herself within that society. The story is dear to me. Within it are people with energy and drive, optimists negotiating a world restricting and modern.”

Browne,a college lecturer in maths for over 35 years, loves cricket, writing and music. His short story,
“Coming Off the Long Run”, was published in the So Many Islands anthology in 2018.

He has just finished writing his debut novel.

“The spunky narrator’s voice speaks with verve in the island’s vernacular and is the driving force that carries the narrative. As a child of runaway slaves, the protagonist grew up in the island’s difficult and volcanic hinterland and knows how to navigate the lay of the land and the diversity of the people who inhabit it: Whites, Blacks, Mulattos, Caribs.

“One day, an estate owner unexpectedly arrives at her mountain shack, where she makes a living as a herbalist, to hire her services to find a missing school inspector from England. Her search takes us on a journey that surprises at every turn; the mystery unfolds as Lemer takes us along in her quest from school to brothel, through trade depots and Estates, encountering drunken sailors whose red lips are repellant even to flies, courtesans with breasts like firm sweet mangoes, stable boys and Carib boatmen. In the compressed space of a short story, we are left with a visceral understanding of a culture at a crucial point of social and historical transition, seen through the vision and voice of an empathetic protagonist coming into her own.”

“This year’s regional winners offer a cornucopia of riches for readers globally from sources located around the world. These stories testify to the varied tones of fiction, from the oblique to the direct reference, with moments of character illumination to those associated with an imperiled planet. If a reader harboured any doubt about whether fiction is relevant to today’s world these stories answer with a riposte that resonates beyond a resounding ‘yes’. These stories fulfil a higher function as exemplars of the short story form: vibrant, memorable and indispensable.”

It is the most accessible and international of all writing competitions: in addition to English, entries can be submitted in Bengali, Chinese, Creole, French, Greek, Malay, Portuguese, Samoan, Swahili, Tamil, and Turkish.

The full list of regional winners is as follows:

Africa: “and the earth drank deep” by Ntsika Kota (Eswatini)

Canada and Europe: “A Hat for Lemer” by Cecil Browne (United Kingdom/St. Vincent

Caribbean: “Bridge over the Yallahs River” by Diana McCaulay (Jamaica)