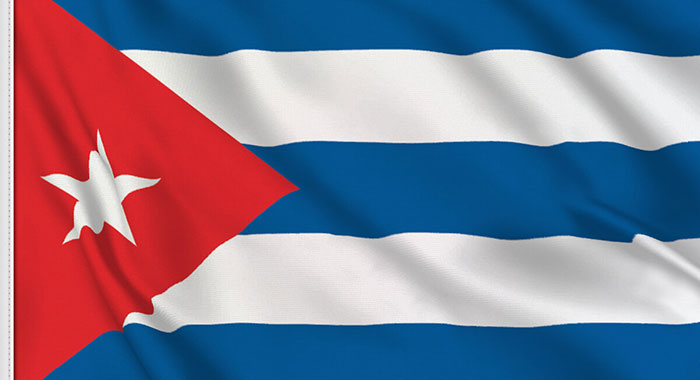 Today, May 26, 2022, St. Vincent and the Grenadines and the Republic of Cuba  commemorate 30 years of diplomatic relations.  Prime Minister Dr. Ralph Gonsalves has travelled to Havana for commemorative activities as we recognise a relationship which is an expression of solidarity, friendship, business interaction and respect for the chosen development path of the respective countries.

While diplomatic relations were established only 30 years ago, actual people to people relations between the two countries date back to the 1920s when Vincentians travelled as migrants to Cuba to participate in the economic construction of the country.  Descendants of many of these nationals are today a part of the Vincentian diaspora in Cuba.

Following this initial wave of migration to Cuba, there was little travel from St. Vincent and the Grenadines to Cuba. However, during the decade of the 70s, the SVG Cuba Friendship Society had established fraternal links with the Cuban Institute for Friendship with the Peoples while the United Peoples Movement (UPM), formed in 1979, continued to forge relations with the Communist Party of Cuba (PCC). The 1980s therefore ushered in a new period,  marked by Vincentian students travelling to Cuba to pursue tertiary level education; this as a result of a generous offering from the Government and People of Cuba.

The UPM yearly sent small groups of students to Cuba, while encouraging the government of the day to pursue a scholarship programme on a state-to-state level. This finally paid off with the first group of students being sent to Cuba by the government led by Prime Minister Milton Cato of SVG 1983, even though the two nations did not yet have formal diplomatic relations.

This tentative relationship continued until, on  26 May 1992 the administration led by the late Sir James Mitchell finally established formal diplomatic relations between Kingstown and Havana.    During the initial years of this relationship, both nations had non-resident ambassadors, but this period was marked  by a quantitative increase in the numbers of students travelling from St. Vincent and the Grenadines on scholarships offered by the Government and People of  Cuba. Today the impact on the lives of those then students, now proud professionals, on a national scale, is very noteworthy as these graduates occupy influential positions across the nation and the region.

The relationship between both countries was taken to another level in 2005 when the Governments of SVG and Cuba decided to establish embassies in both nations with resident ambassadors. This period saw a marked increase in activities of a developmental nature with visit to Cuba by most SVG government ministries resulting in increased collaboration in  education, sports, culture, agriculture, construction and most notably healthcare.

This period heralded the collaboration in health with the Vision Now eye programme which touched the lives thousands of ordinary working-class persons.  More markedly, we saw the construction of the Argyle International Airport designed and built by Cuban engineers and construction workers for which Vincentians must be eternally grateful to the People and Government of Cuba.

Vincentians from all walks of life have been touched in a positive manner by the relationship between the people and Government of Cuba and the people and Government of St. Vincent and the Grenadines.  Both countries have experienced a symbiotic beneficial relationship.  Today, healthcare has advanced tremendously with the presence of Cuban medical specialists in many areas where before Vincentians would have had to travel abroad to access.

This increased contact has seen a deepened interaction on a people-to-people level which has spurned marriages between persons from both sister nations and a growing presence of Cuban professionals living and working in SVG bringing well-needed skills to the service of the Vincentian nation.

As we celebrate 30 years of diplomatic relations, there is much that our countries have to celebrate.  Given the absence from the country of both PM Gonsalves and the Cuban Resident Ambassador, the SVG Cuba Friendship Society has decided to organise our commemorative activities in July to coincide with Cuba’s important national holiday.

Long live the bonds of solidarity, friendship, and mutual respect between St. Vincent and the Grenadines and the Republic of Cuba.