No way out, but war 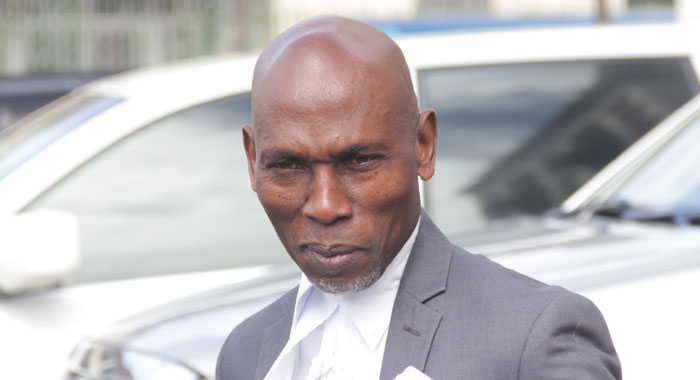 The United States, as the vote to provide nearly $40 billion in aid to Ukraine illustrates, is trapped in the death spiral of unchecked militarism. No high-speed trains. No universal health care. No viable Covid relief programme.

No respite from 8.3% inflation. No infrastructure programmes to repair decaying roads and bridges, which require $41.8 billion to fix the 43,586 structurally deficient bridges, on average 68 years old. No forgiveness of $1.7 trillion in student debt. No addressing income inequality. No programme to feed the 17 million children who go to bed each night hungry. No rational gun control or curbing of the epidemic of nihilistic violence and mass shootings. No help for the 100,000 Americans who die each year of drug overdoses. No minimum wage of $15 an hour to counter 44 years of wage stagnation. No respite from gas prices that are projected to hit $6 a gallon.

The permanent war economy, implanted since the end of World War II, has destroyed the private economy, bankrupted the nation, and squandered trillions of dollars of taxpayer money. The monopolisation of capital by the military has driven the US debt to $30 trillion, $6 trillion more than the US GDP of $24 trillion. Servicing this debt costs $300 billion a year. We spent more on the military, $813 billion for fiscal year 2023, than the next nine countries, including China and Russia, combined.

We are paying a heavy social, political, and economic cost for our militarism. Washington watches passively as the U.S. rots, morally, politically, economically, and physically, while China, Russia, Saudi Arabia, India, and other countries extract themselves from the tyranny of the U.S. dollar and the international Society for Worldwide Interbank Financial Telecommunication (SWIFT), a messaging network banks and other financial institutions use to send and receive information, such as money transfer instructions. Once the U.S. dollar is no longer the world’s reserve currency, once there is an alternative to SWIFT, it will precipitate an internal economic collapse. It will force the immediate contraction of the U.S. empire shuttering most of its nearly 800 overseas military installations. It will signal the death of Pax Americana.

Democrat or Republican. It does not matter. War is the raison d’état of the state. Extravagant military expenditures are justified in the name of “national security”. The nearly $40 billion allocated for Ukraine, most of it going into the hands of weapons manufacturers is only the beginning. Military strategists, who say the war will be long and protracted, are talking about infusions of $4 or $5 billion in military aid a month to Ukraine. We face existential threats. But these do not count. The proposed budget for the Centers for Disease Control and Prevention (CDC) in fiscal year 2023 is $10.675 billion. The proposed budget for the Environmental Protection Agency (EPA) is $11.881 billion. Ukraine alone gets more than double that amount. Pandemics and the climate emergency are afterthoughts. War is all that matters. This is a recipe for collective suicide.

In the United States, there were three restraints to the avarice and bloodlust of the permanent war economy that no longer exist. The first was the old liberal wing of the Democratic Party, led by politicians such as Senator George McGovern, Senator Eugene McCarthy, and Senator J. William Fulbright. The self-identified progressives, a pitiful minority, in Congress today, from Barbara Lee, who was the single vote in the House and the Senate opposing a broad, open-ended authorisation allowing the president to wage war in Afghanistan or anywhere else, to Ilhan Omar now dutifully line up to fund the latest proxy war. The second restraint was an independent media and academia, including journalists such as I.F. Stone and Neil Sheehan along with scholars such as Seymour Melman, author of The Permanent War Economy and Pentagon Capitalism: The Political Economy of War. Third, and perhaps most important, was an organised anti-war movement, led by religious leaders such as Dorothy Day, Martin Luther King Jr. and Phil and Dan Berrigan as well as groups such as Students for a Democratic Society (SDS). They understood that unchecked militarism was a fatal disease.

None of these opposition forces, which did not reverse the permanent war economy but curbed its excesses, now exist. The two ruling parties have been bought by corporations, especially military contractors. The press is anaemic and obsequious to the war industry. Propagandists for permanent war, largely from right-wing think tanks lavishly funded by the war industry, along with former military and intelligence officials, are exclusively quoted or interviewed as military experts. The handful of anti-militarists and critics of empire from the left, such as Noam Chomsky, and the right, such as Ron Paul, have been declared persona non grata by a compliant media. Liberals are cheerleading the war in Ukraine. At least the inception of the war with Iraq saw them join significant street protests. Ukraine is embraced as the latest crusade for freedom and democracy against the new Hitler. There is little hope of rolling back or restraining the disasters being orchestrated on a national and global level.  The neoconservatives and liberal interventionists, whose attitude to nuclear war is terrifyingly cavalier, chant in unison for war.

Since all we do is war, all proposed solutions are military. This military adventurism accelerates the decline, as the defeat in Vietnam and the squandering of $8 trillion in the futile wars in the Middle East illustrate. War and sanctions, it is believed, will cripple Russia. War, or the threat of war, will curb the growing economic and military clout of China.

These are demented and dangerous fantasies, perpetrated by a ruling class that has severed itself from reality. No longer able to salvage their own society and economy, they seek to destroy those of their global competitors, especially Russia and China. Once the militarists cripple Russia, the plan goes, they will focus military aggression on the Indo-Pacific, dominating what Hillary Clinton as secretary of state, referring to the Pacific, called “the American Sea”.

The political class is as self-deluded as the generals. It refuses to accept the emergence of a multi-polar world and the palpable decline of American power. It speaks in the outdated language of American exceptionalism and triumphalism, believing it has the right to impose its will as the leader of the “free world”. That they cling to this absurd hallucination is the triumph of hope over experience.

There is a deep loathing among the public for these elitist Ivy League architects of American imperialism. Imperialism was tolerated when it was able to project power abroad and produce rising living standards at home. It was tolerated when it restrained itself to covert interventions in countries such as Iran, Guatemala, and Indonesia. It went off the rails in Vietnam. The military defeats that followed accompanied a steady decline in living standards, wage stagnation, a crumbling infrastructure and eventually a series of economic policies and trade deals, orchestrated by the same ruling class, which deindustrialised and impoverished the country.

We are going to pay a very steep price for this burlesque.

*Jomo Sanga Thomas is a lawyer, journalist, social commentator and a former Speaker of the House of Assembly in St. Vincent and the Grenadines.