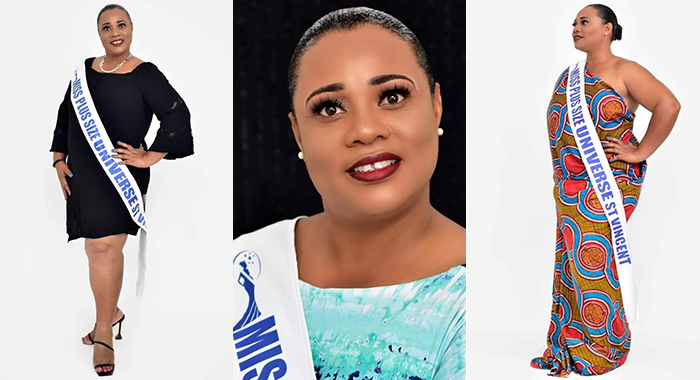 Leisa Baptiste, of Sion Hill, Sandy Bay, will represent St. Vincent and the Grenadines at this year’s Miss Plus Size Universe International Pageant.

Baptiste, no stranger to pageantry, entered the Miss Sugar City, Georgetown in 1999 and placed second.

The 39- year-old traffic warden is the mother of two children.

“It’s not only about beauty and intelligence,” Baptiste said.  “But I am confident with my experience and the public’s support, I’ll bring the crown to SVG.”

The show, slated for Aug. 6 at the Russell’s Auditorium, is in its seventh year and will showcase 18 contestants from around the world.

Event promoter, Pearl Williams, said leading up to the competition, there is a people’s choice category in which people vote for their favourite contestant.

The campaign queen is selected from participating in an event in the participant’s country.

Additionally, there is also a platform speech, where each participant speaks on a social issue.

The amassed marks in these categories are included in the night of the competition.

On the night of the competition, participants will be judged in swimwear, talent, costume and evening wear categories.

Williams said the aim of the pageant is to “build self-awareness, dispel the negative notions and stigma and discrimination associated with plus sized.

“We are not promoting obesity but confidence in these individuals,” Williams said. “The campaign focuses on empowering and embracing plus size individuals making them feel special, appreciated and to love the skin they are in.”

“It hurts when women are ignored and shamed and this can lead to depression and suicide,” Williams said.

Williams, like Baptiste, encourage persons to support the show.

In 2015, St. Vincent and the Grenadines’ Clarissa Edwards, was crowned Miss Plus Size Universe International, having won all categories of the competition, which was held in Trinidad and Tobago.

People can vote for Baptiste once daily here.