Charles and Camilla to represent Queen at CHOGM in Rwanda 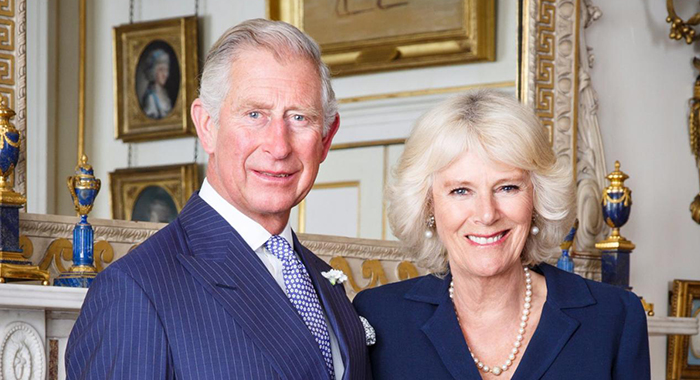 The Prince of Wales and the Duchess of Cornwall will attend the Commonwealth Heads of Government Meeting in Rwanda, June 20-26, on behalf of the Queen.

It will be the first CHOGM that Prince Charles has attended since being chosen by Commonwealth Heads of Government as the future Head in 2018.

Prince Charles will use the opportunity to listen and continue to learn about some of the key issues that the countries of the Commonwealth face, Clarence House said.

“During lockdown, The Prince, along with Rwandan President, Paul Kagame, convened meetings of member states in each region of the globe. This was followed up by a face-to-face meeting for Commonwealth leaders at COP26.”

The visit to Rwanda will include engagements that demonstrate some of the big challenges and opportunities facing Commonwealth countries and their people: climate change; supporting biodiversity and the regeneration of land; economic development; opportunities for the young; and gender equality.

On June 23, Prince Charles will focus on climate, health and the private sector and will meet business owners from across the Commonwealth, host a roundtable with the Sustainable Markets Initiative, Commonwealth leaders and global CEOs, as well as attend the Kigali Summit on Malaria and Neglected Tropical Diseases.

The prince will highlight the critical importance of rejuvenating land with a visit to a local wildlife sanctuary which has reclaimed surrounding wetlands and protected endangered cranes.

Prince Charles will also announce a new partnership to create a “Living Lab”, promoting sustainable agriculture and land management with local communities, linked to similar initiatives across the world.

Sixty percent of Commonwealth citizens are under the age of 30 and in Rwanda the age profile is even lower (the average age is 20).

The prince will meet some of the beneficiaries from across the Commonwealth of his charity, Prince’s Trust International, which aims to support people into education, training, or employment.

The Duchess of Cornwall’s engagements will reflect her passions, all of which are recognised within the Commonwealth Charter. With the First Lady of Rwanda, Jeanette Kagame, she will visit a public library.  The library is supported by Book Aid International, a charity of which The Duchess recently became Patron, taking it on from The Duke of Edinburgh. The importance of education available to all is recognised under Article 11 of the Commonwealth Charter. The engagement will also highlight The Queen’s Commonwealth Essay Competition (run by the Royal Commonwealth Society, of which Her Royal Highness is Vice Patron) and the growing number of successful Rwandan entries.

Article 12 of the Commonwealth Charter recognises gender equality, which includes basic human rights for women and a recognition of female empowerment. The Duchess has long campaigned for women’s safety, and on the second day Her Royal Highness will attend a Violence Against Women and Girls event where she will give a keynote speech. The event will also be attended by The First Lady and The Secretary General, Baroness Patricia Scotland.

“This will be the first visit to Rwanda by a Member of The Royal Family, and both Their Royal Highnesses will have an opportunity to reflect on the strength and resilience of the Rwandan people, as well as their commitment to reconciliation and optimism, following the 1994 Genocide against the Tutsi.”

On the final day of engagements, Their Royal Highness will attend the Commonwealth Heads of Government Opening Ceremony at the Kigali Convention Centre with Prince Charles joining the official photograph with Commonwealth leaders.

Finally, Their Royal Highnesses The Prince of Wales and The Duchess of Cornwall will host the Commonwealth Heads of Government Dinner.

Recognising the importance of the role of the Commonwealth, The Prince of Wales has said:

“My wife and I much look forward to meeting Commonwealth leaders and, for the first time, being able to visit Rwanda. Over the years, I have learned a great deal from the ideas, concerns and aspirations which people across the Commonwealth have so generously shared.  I have been struck, time and again, by how many common threads there are between us.  Too many members of the Commonwealth are amongst the world’s most climate-vulnerable countries.  As two out of three Commonwealth citizens are under the age of thirty there is a pressing need to find opportunities for our young people. Taking shared responsibility to solve problems like these means the Commonwealth has the potential to make a profound difference in the lives of its citizens – and, in so doing, to be an unparalleled force for good in our world.”