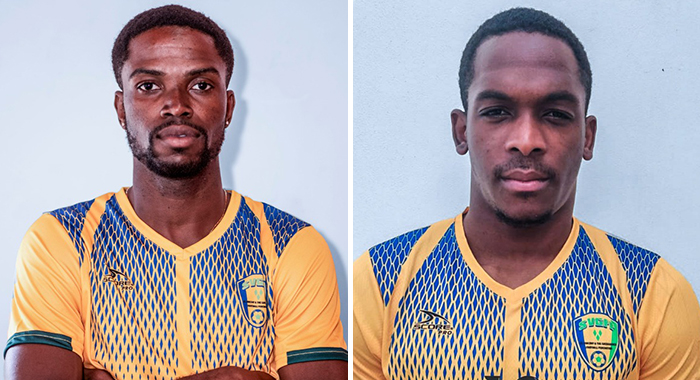 The National Senior Men’s Football team, Vincy Heat, will play their third match in Group C of League B in the Concacaf Nations League Qualifiers today (Friday) against Trinidad and Tobago — “ Soca Warriors”.

The match kicks off at 3 p.m. at Arnos Vale Sporting Complex, four days after the team drew 2-2 against Nicaragua at the same stadium.

In Monday’s game, left-winger Azinho Solomon scored in the 3rd minute to put Vincy Heat ahead.

Following Solomon’s goal, Nicaragua equalised in the 22nd minute through Byron Bonilla and went ahead in the 41st minute with a goal from Matias Moldskred Belli.

Centre forward Oalex Anderson scored in the 4th minute of injury time of the first half, to put the match 2-2.

“The performance was gutsy on our side, the boys played with a lot of heart, especially in the second half and it goes back to three things that we branded the team with since 2019, passion, pride, and heart and we saw that on Monday against Nicaragua,” Head Coach Kendale Mercury said in a post-match interview.

“The only drawback is that we didn’t gain our three points. However, our objective is to win and go directly into the Gold Cup so you would see that display on Friday 10th June against Trinidad and Tobago and we continue to encourage the nation to support the team.”

Captain Cornelius Stewart commented said the team played “with heart and character” adding that it was unfortunate that they didn’t come out with the maximum points at the end of the match.

“… we will now focus on the match on Friday to get maximum points as this is a vital game. We knew it was a game that needed a good result to keep our dream of going directly to the Gold Cup. So we were pumped and ready to defend our home with pride.”

Stewart said that Monday’s performance is one of which the team can be proud.

“Personally, it was a dream come through for me to score on home soil at the Arnos Vale stadium. That is a moment I’ve dreamt about since I was a youngster.

Solomon encouraged fans to come out in their numbers today “and be that extra player for us as we appreciate their energy and help us keep going”.

Oalex Anderson said that the team went into the game with a plan to start fast.

“… I believe we did that hence we grabbed an early goal. I think that we could have gone two up but it was just unfortunate that it didn’t happen, we conceded (2-1), but we showed courage to keep going and eventually we equalised just before halftime.”

Anderson said that the plan in the second half was to have a clean sheet and score more goals.

“… we did not get to score again, however, we did manage to get the clean sheet so we are going into Friday’s game with the same mentality to start fast, score early and keep scoring to come out victorious.”

The team lost 1-0 to the Bahamas in an away match on June 3.

Next Monday, they will play Trinidad and Tobago at the Hasely Crawford Stadium in Port of Spain at 7 p.m.

One reply on “Vincy Heat take on Soca Warriors today”