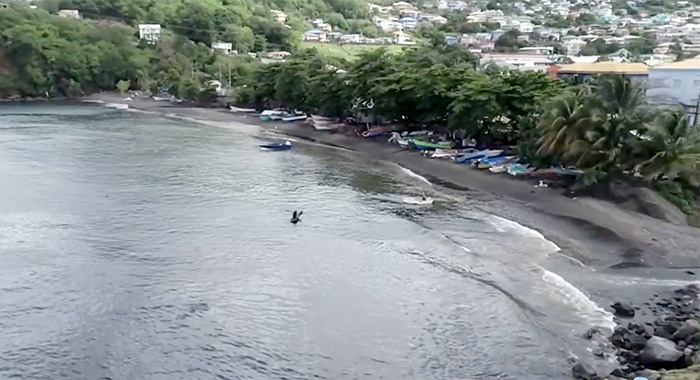 The government relocated residents and fishers from Rose Place as part of the port project.

The government of St. Vincent and the Grenadines has been “generous” to people affected by the construction of a US$250 million port in Kingstown, a project that was official launched last week.

“…  those persons who are subject to resettlement actions, are better positioned now as a result of the port project,” project manager Lenski Douglas  told Friday’s launching.

“Vendors along the seawall, former residents of Rose Place beachfront, small shop owners, storage shed owners, fishermen who had their fishing operations out of Rose Place, everyone has been treated generously,” Douglas said.

He said the project conducted an environmental and social impact assessment and an economic livelihood impact assessment in 2019 as well as a resettlement action plan in February 2022 to guide the approach towards project-affected persons.

Douglas said the project unit adopted “a consultative and inclusive approach” to addressing the project-affected persons.

“The project team consulted broadly with these project-affected groups. Formal meetings were held at the Methodist Church Hall, focus group discussions were held, individual consultations were held and an early on-ground engagement of a local community liaison officer was very effective in this process.”

Douglas, however, said the resettlement has not been all smooth sailing.

“Significant progress has been made in ensuring that the construction site is made ready for handing over to the contractors while addressing the needs and conditions of the project affected groups.”

He said that in 2020, some 56 vendors were compensated to remove their activity from along the seawall.

“By the end of March of 2022, 43 households were resettled to superior accommodation to our resettlement site in Lowmans Bay.

“As of the end of June 2022, … our project unit has negotiated compensation settlement with all of the affected small shop operations in Rose Place.

“Two-thirds of the storage shed owners already came forward to sign agreements. Persons living in odd circumstances were given rental support allowances, and all but one of the 35 established fishing operators have since agreed and signed compensation agreement for relocation of their operations away from the Rose Place beachfront.”

Douglas said the government is providing transportation for affected schoolchildren relocated to Lowmans Bay “until such time they can be appropriately transferred.

“The government paid for the installation of water and electricity to all of the dwellings occupied in Lowmans Bay; physically challenged persons receive housing units with specially designed elements to cater for their specific needs.”

He said that in areas to which the project scope does not extend, state entities that provide social support remain accessible, adding that Prime Minister Ralph Gonsalves had made scholarships available for children or fisher folk impacted by the port modernisation project.

“These all illustrate the application of the social safeguards mechanism as we take care of the vulnerable and physically challenge. In addition to the construction and resettlement, there is also a soft component of institutional strengthening and transformation as the management of the existing port prepares for the future on the new cargo port facility,” Douglas said.