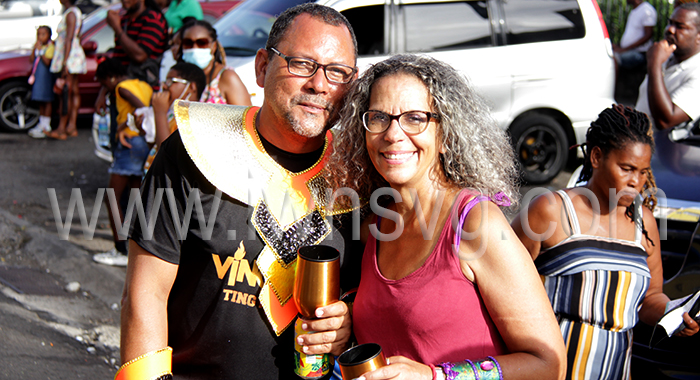 Chairman of the Carnival Development Corporation (CDC) Ricky Adams says he hopes that competitors in future calypso competitions would only have to sing one song, as was done this year.

Traditionally, calypsonians sang two songs in the competition, but this year, during the scale down Vincymas, the first since 2019, competitors only sang one song in the preliminaries, semifinals and finals.

“I would certainly hope that it will be the norm going forward,” Adams said on VC3 on Wednesday.

“I’ve maintained for a long while that calypsonians — and I’m probably gonna get licks for this again, too —  but calypsonians generally wait until they get into the finals, and kind of scramble to get a song in the last week.

“And, therefore, you get to the finals, with the 11 great songs that have made it through, coming through the prelims and the semi final stage, and then a song that nobody has ever heard before.

“So it’s not a song to which they’ll immediately gravitate. It’s a song that many people will never hear again, because, unless you win, and like I’ve said to the calypsonians, you are investing time in doing an arrangement, you’re investing time and band practice and whatever you invested in, costuming, etc. for one song that will probably be played once in many cases.”

Adams said that he does not know that that makes a lot of sense.

He said the CDC did not reduce the prize money for the calypso competition, when calypsonians sang one song this year.

“So I’m really hoping that calypsonians will gravitate to the one-song format. I think we had an excellent show this year.”

Adams said there were a lot more patrons at Victoria Park for this year than at previous calypso final shows.

“It allowed us to bring pan into the park again. And so that kind of went back to how the Dimanche Gras used to be many, many years ago.”

He said the CDC will have discussions with the components of Vincymas on the issue.

“But I think from all the feedback I’ve got, people really enjoyed the calypsos, which were high quality calypsos that people had heard before and were now coming for the performance, the added on performance, the new pickup lines and those kinds of things. So I’m hoping that they would stay with that…”

Adams said that the number of young people taking part in the competition was heartening.

“And I made the point that at the semifinals, we had competitors in the age range from 13 to 75. And so, I mean, that speaks well to the fact that we’ve got the youth coming in. And we’ve got the veterans who’re still there. And so it’s nice to be able to have that mix, because the youth will then learn from the veterans, so that as they retire, these youth would have the skill and the experience.”

He noted that there was also a father and his daughter and son in the competition, in the persons of Gosnel “GC” Cupid, his daughter Shaunelle Mc Kenzie, who was the defending monarch, and Omari Cupid, who made it to the semifinals of the national competition, and placed second in the secondary school segment of the junior calypso competition.