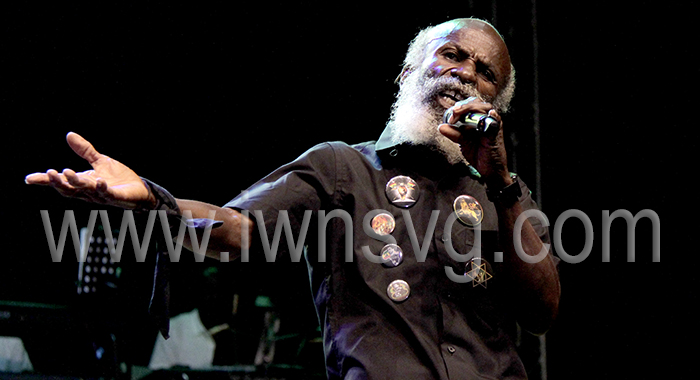 The state-owned cable television station, VC3, did not tell potential subscribers to its broadcast of Sunday’s calypso finals that it had decided, since June, not to broadcast Alvin “Zion-I” Dennie’s hard-hitting composition, “Hypocrites”.

During Sunday’s finals of the competition, some subscribers took to social media to complain about the absence from the broadcast of the performance by Zion-I, the first competitor.

An employee at the station, who asked not to be named so as to speak freely about the matter, told iWitness News on Thursday that Anthony Dennie, the station’s acting operations manager, who is also the Carnival Development Corporation’s (CDC) coordinator of shows, told staff during the preliminaries that they are not to broadcast Zion-I’s song.

The development came towards the end of a calypso season during which, Dennie, then wearing a third hat — that of host of the morning show on the ruling Unity Labour Party’s radio station — said, on air, that the station would not play a calypso by Elvis “Abijah” Abbey.

“Who vex da is dey business. But we bring real constructive music here on the Star,” Dennie said, shortly after the release of the first version of Abijah’s “Who Put Dem So”.

On Thursday, he told iWitness News that VC3 and other media outlets did not broadcast Zion-I’s song during the preliminaries of the competition.

“… primarily on the fact that the song had lyrics that were considered to be libellous. And throughout the entire season, that is the stance that VC3 took — that we were not going to risk having to answer a case of libel.”

However, Dennie confirmed to iWitness News that during the preliminaries, the shows are the responsibilities of the calypso tents, but that the semi-finals and finals are CDC shows.

Dennie said that before the songs are sung at the semi-finals stage, the CDC’s legal representative vetted them.

He said the CDC had some issues and Zion-I was asked to change the lyrics.

“It came down to the night of the event, just before his performance, I can say to you there were still on-going discussions with Zion-I and CDC with regard to lyrical content of his song,” Dennie told iWitness News, referring to the semi-finals.

“… he presented new lyrics to the CDC but then it was said at the event by him that he was going to use the lyrics that he performed in the preliminary stage.”

Dennie, however, said that at the semi-finals Zion-I did not use the original lyrics, but sang those that had been amended based on the advice of the CDC’s legal counsel.

“That was after the fact that there was discussion with him and members of the CDC just before his performance.”

Dennie told iWitness News that there were no issues that were hanging on the night of the finals.

He said the decision to not broadcast Zion-I song was “because of the fact that there were instances in the past … — and this is VC3, this is not CDC — where calypsonians would have submitted their lyrics and still would have gone on stage and changed their lyrics.”

iWitness News, noted to Dennie that while he was saying “this is VC3 and not CDC’, the reality is that he was “wearing a hat in both rings”.

Dennie said that while VC3, which is owned by the National Lotteries Authority — a state-owned company for which Dennie is marketing manager — had offered a pay-per-view broadcast of the show, it did not tell potential subscribers that the station had taken a decision not to broadcast Zion-I’s song.

iWitness News, however, noted that what subscribers complained about was the absence of one of the calypsonians.

iWitness News said that even if one subscriber complained, it was someone who had paid for something that was not delivered.

Dennie said he would not go to the extent to say it was not delivered.

However, while Dennie spoke about other media outlets not broadcasting Zion-I’s song at the preliminary stage, iWitness News understands that media outlets that broadcast the semi-finals and finals, including NBC Radio, another state-owned media house, broadcast all of the songs in the competition.

Only VC3 offered a broadcast for paid subscribers only.

Zion-I told iWitness News on Thursday that he was not surprised by VC3’s actions, which he said demonstrated the point of his song.