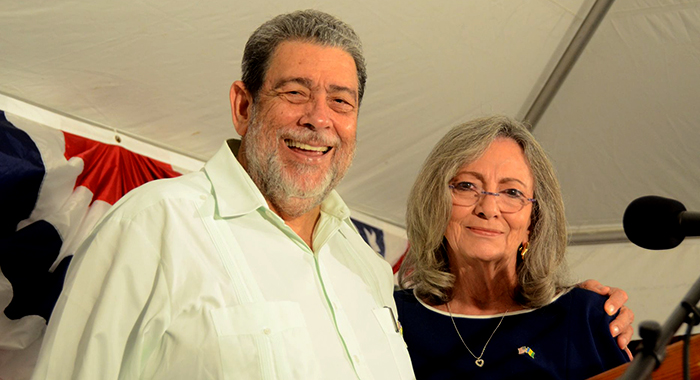 U.S. Ambassador to St. Vincent and the Grenadines and the Eastern Caribbean Linda Taglialatela hosted a reception in Villa on Thursday to commemorate the 246th anniversary of the independence of the United States.

The event was attended by Governor General of SVG Her Excellency Dame Susan Dougan, Prime Minister Ralph Gonsalves, along with other members of the government and members of the diplomatic corps.

In her remarks, Taglialatela commented on the continued partnership with SVG.

“St. Vincent and Grenadines and the United States have stood together on the pandemic and responding to the eruption of La Soufriere.”

In his remarks at the event, Gonsalves said, “St. Vincent and the Grenadines is a better place as a consequence of the cooperation between our two countries and I believe in some very small way we contribute, along with other Caribbean people, to the enrichment of the American civilisation.”