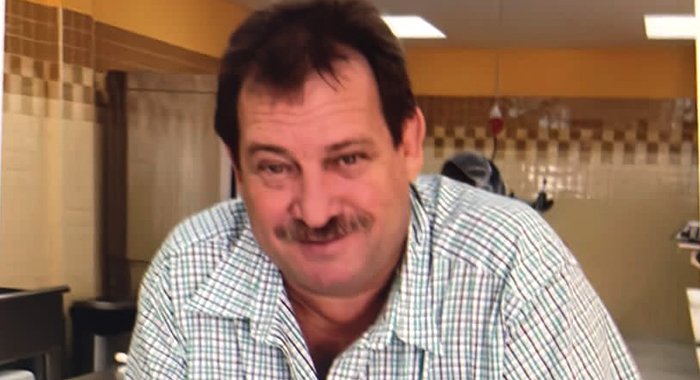 Leader of the Opposition Godwin Friday has paid tribute to businessman and owner of C.K. Greaves Group of Companies, Nigel Greaves, who died suddenly on Sunday.

Greaves is said to have been in his early 60s.

The company announced Greaves’ death in a statement published on Facebook on Monday.

The statement said that Greaves, whose companies were C.K. Greaves & Co. Ltd., St. Vincent Distillers Ltd. and Sunrise Bakery Ltd., dedicated 41 years of service to the family business and took over the reins of the company along with his mother, Leila, and siblings Ken, Debra, Valerie and Neville after the death of his father, Cecil Kenrick Greaves in 1996.

“Mr Greaves was integral to the success of C.K. Greaves & Co. Ltd. in its 66 years of existence,” the statement said.

“He was well respected by the business community, members of government, and our countrymen. He was beloved by his dedicated staff at C.K. Greaves & Co. Ltd and St. Vincent Distillers Ltd. where he was a member of the board and assisted in management, and Sunrise Bakery Ltd., where he was a pillar in ensuring its smooth operations.”

The group expressed its “deep appreciation for Mr. Greaves and his commitment and expertise that will be forever ingrained in the operation of our company.

“Mr. Greaves remains an inspiration and role model to many and his success and inspiration for many persons in business. He was a kind and generous man who was always willing to ease the burdens of others and has quietly helped many persons from all walks of life, expecting no praise for his generosity.

“The C.K. Greaves Group extends our deepest condolences to his loving wife, Debbie, who worked by his side for many years, his children Ashley and Sean, his son-in-law Miko and his grandsons Tyler and Tristan.

“Mr. Greaves was a family man and cared deeply for his family and staff. The Greaves family is appreciative and deeply touched by the outpouring of care and sympathies offered to them by the general public during this difficult time.”

The statement said that funeral arrangement would be announced as soon as they have been made.

Speaking on his regular Monday morning radio programme, the opposition leader who is also president of the New Democratic Party, said that saying that Greaves has died “is very difficult to say”.

“… all over St. Vincent and the Grenadines, people are shocked. This morning, as I was coming to the ferry, someone stopped me and her mouth just dropped as she conveyed her own sadness, shock at the loss,” Friday said.

“I want, on behalf of myself, my family, the New Democratic Party family and the nation, to express my deepest condolences to the entire Greaves family but of course, particularly to his immediate family, his wife, Deborah, brother Neville.

“I think the overwhelming feeling in this country is that we have lost not just a friend but a nation builder, a business person, somebody who had a belief in this country no matter how difficult things were.”

Friday said that Greaves was an outstanding member of the business community who was “always looking for ideas to make things better to create economic opportunity.

“I think that that service to business in this country must be recognised,” he said, adding that this is something that he hopes the Chamber of Commerce and other business-oriented entities will turn their mind to “to see how this life can be commemorated, perhaps in a scholarship in entrepreneurship and business, to encourage our local people, our Vincentian people to see business, entrepreneurship as a path forward”.

He said this is something that he and the NDP would support, subject to the family members’ approval and support.

The opposition leader said Greaves was not just a man who was running his family business.

“It was a man who had a vision as well for the development of our country, because he knows that the country is built by successful businesses, creating jobs and opportunities by people who are putting their minds too in their area to develop their part of St. Vincent and the Grenadines, which he did.”

He said it was always a pleasant experience walking into the supermarket and seeing Nigel sitting in his office.

“… and no matter how busy he was, if I signaled, he would just  flick his finger and say come and I will go in and we will chat and we’ll talk for a while. I’m gonna miss that”.

The opposition leader said that Greaves was a generous manm adding that a young man told his last week about the  generosity of the Greaves family toward his own education.

“… those stories can be told many, many times by different people throughout this country.

“So his successful business wasn’t just for himself, he also contributed tremendously to other persons, individuals to help make their lives better. I’m sure the family members will carry on that tradition, but we must acknowledge that Nigel was exemplary in that.”

He said that the NDP knows that it has lost a friend.

“We know we have lost a good friend and we will do the appropriate things to show respect and appreciation for his friendship over the years and for the family members’ continued support.”

In a statement on Tuesday, the NDP said Greaves was a leading businessman “who knew the importance of investing in our country and creating opportunities for our people.

“He was also a very generous person who helped many without seeking praise or recognition for it. Others spoke of it, not Nigel, because he only wanted to help.

Nigel dedicated himself to building bridges to a better future and touched the lives of so many Vincentians.

“He will be truly missed,” the party said.