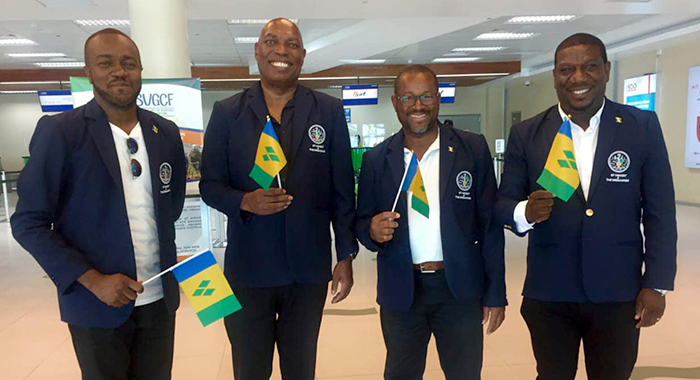 St. Vincent and the Grenadines is sending a contingent to compete at the 44th World Chess Olympiad in India

History will be created when a team of chess players from SVG arrives in Chennai, India to participate in the International Chess Federation (FIDE) Chess Olympiad.

Brian Cottle, Chinedu “Chinchin” Enemchukwu, Oris Robinson and Israel Bruce will be joined by Ugur Mentes in Barbados and James Schneider in the UK.

From July 27 to Aug. 10, five players from SVG will go head-to-head with the world’s top chess masters at the 44th Chess Olympiad, the world cup of chess, as SVG competes in the competition for the first time.

Over 150 teams will participate in the championship, which takes place in the place believed to be the birthplace of chess.

India won the bid to host after Russia’s winning bid was withdrawn due to the current conflict with Ukraine.

Chess is a strategy mind sport played for at least 500 years with 16 pieces per side over a 64-square board. Two players pit their wits against each other with the aim of capturing the opponent’s king.

The 44th Chess Olympiad is the first Olympiad since 2018, due to COVID-19 restrictions.

The Olympiad in Chennai, India, will see the nations compete for the gold medal, which is currently held by China.

The tournament takes place over 11 rounds using the Swiss-system, with each country represented by five players.

The SVG team is captained by Enemchukwu, of Belair, whose favourite chess piece is the queen because he “loves to travel”.

The five-player team is coached by Cuban grandmaster Jose Vilela.

President of the Chess Federation of St Vincent and the Grenadines, Israel Bruce, will lead the delegation and will represent the country in the World Chess Federation’s Congress taking place concurrently with the Olympiad.

The SVG Federation aims to spread chess around the country and welcomes everyone to its training sessions every Saturday at 2 p.m. at the Kingstown ferry terminal.

“We are delighted to be developing the sport of chess in St Vincent and the Grenadines,” Bruce said.

“Playing chess can improve memory, creativity and strategic thinking. When our team returns from the Olympiad in India, we will promote the game and its benefits in our schools and to the general public. Please join us.”

“Our team is hard at work training to take on the best in the world. We know the challenge we face will be stiff, but we will do our utmost to be a credit to St Vincent and the Grenadines. We may be underdogs, but we can spring some surprises”
The team returns to St. Vincent on Aug. 12.

One reply on “SVG sends team to Chess Olympiad in India”