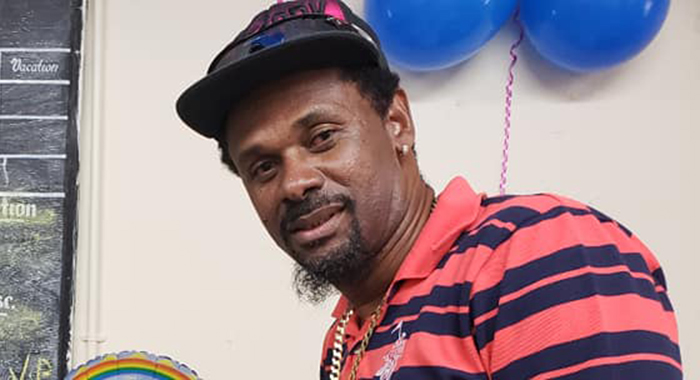 Prime Minister Ralph Gonsalves says he is “very disappointed” that some supporters of his Unity Labour Party (ULP) feel “aggrieved” by his government’s decision to appoint soca artiste Rondy “Luta” Mc Intosh to a diplomatic post.

Mc Intosh will take up his first foreign diplomatic assignment on Monday as the St. Vincent and the Grenadines (SVG) Consul General in New York.

The appointment appears to have taken many people by surprise and has generated some discussion, among ULP supporters as well as supporters of the opposition.

Gonsalves and Luta appeared on radio on Sunday and the prime minister explained what is expected of a consul general as opposed to holders of other diplomatic offices.

“I am very disappointed, I must say this, that some persons who are supporters of the Unity Labour Party administration, I have been told, that one or two of them who consider themselves suitable and I am quite sure suitable, felt aggrieved or if not aggrieved, disappointed that Luta was appointed,” Gonsalves said on WE FM.

“And, of course, you have a category of Internet crazies who support the opposition. Anybody you send there is not going to be suitable for them. But you just can’t bother with that,” the prime minister said as he and Mc Intosh sat in the studio.

“And those who were disappointed and who feel that they had as much — that they would have done well, and I have no doubt that that is so, but at the end of the day, there is only one person you could appoint … and even though a person may feel disappointed, I say to any such person, ‘Well, whatever job you are in, just do it well.’”

He noted that there could only be one prime minister, and one minister of whatever portfolio at any one point in time.

“I am sure that there are persons who feel that they can be ambassador to Washington and do it very well, but Lou-Anne Gilchrist is doing a good job. And, at the end of the day, decisions which come into play here, the Constitution, in its wisdom, reposes in the prime minister an involvement in this process.”

He said it is, therefore, “not just an administrative matter, it is a matter which involves other policy considerations which is why we have a democracy”.

The prime minister said that people cannot be clamouring for democracy “and when you have it, you want to sanitise it to such a degree that it has no politics. Come on.

“Let’s be mature and understanding on all counts and the political decision, which will be made for the good of the country…”

He said that when his government came to office — in March 2001 — it decided to promote Bernard Wyllie, a former minister under the New Democratic Party administration, to act as SVG Permanent Representative to the United Nations until the government found a suitable replacement.

The prime minister said that because Luta sings soca “and like Machel Montano he would get up and, ‘One, two, three, raise yo flag and wine’ or whatever other formulation he uses, though he is very creative with his formulations, the thing is this, this is a man who has had a good secondary education, … this is a man who has gone into technical fields and got training in those technical field.

“You think, the level at which he was employed, which was at a senior level inside one of the telecommunications companies, you think they do that because they say Luta is a good looking fella?’

Speaking on the same programme, Mc Intosh said that after graduating from St. Martin’s Secondary School in 1988, he worked odd jobs then in sales, before joining Cable and Wireless in 2001 and working his way up to account manager at the company.

“And he performed there with excellence,” he said.

“He has an executive position at the National Broadcasting Corporation (NBC) as the sales manager,” Gonsalves further noted.

Mc Intosh took up the post of sales manager in late 2021 after serving a few months as a director of the state-owned radio station.

iWitness News understands that there had been questions about his appointment as sales manager as he had not been among candidates who had initially applied for the post.

In a Facebook post advertising the sales manager position, NBC Radio said this week that applicants must have a bachelor’s degree in sales management or related field.

Gonsalves said that as minister responsible for information he “saw the reports about the quality of [Luta’s] managerial work” at NBC Radio.

“Who you think is in a position to make these decisions? Somebody who don’t know anything about Luta or the Comrade who is observing these matters?” he said, referring to himself by his nickname.

The prime minister said he knows that there are some elements of classism driving criticism of Mc Intosh’s appointment.

“I know that well. There are elements of the petty bourgeoisie couldn’t come to terms with a country boy from Colonarie become prime minister. It is what you may call — for some of them, it is the validation which the external gave me in the form of PhD, university lecturer, visiting professor, which make them say well, yeah, somehow.

“But these are people steeped in colonial prejudices of the worst kind, and, sometime what is very amusing is that some of the persons who have those views come from the working people to, come from the peasantry, but, somehow, create a particular set of perspective derived from petty bourgeoisie notions which contains a lot of falsities,” Gonsalves said.

“Some directions are progressive in the petty bourgeoisie and some are very backward and you have to cope with these contradictions. But, as a man who has studied this phenomenon well, and who has lived it, I understand it and this is why I can talk the way I talk and I am glad that you raised the issue openly.”