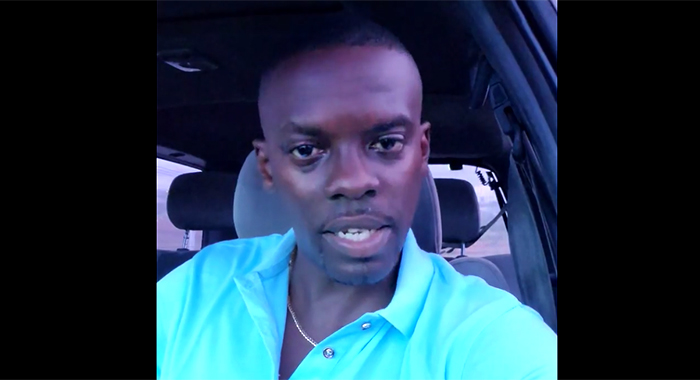 A former research officer for Prime Minister Ralph Gonsalves and the ruling Unity Labour Party (ULP) says the party is “at one of its lowest points” of its 28-year history.

“Similar points from the past were different in that they were in the ascendancy at that point in time,” Lyndon George said in a video published on Facebook Sunday night, after the ULP’s 25th convention.

Some persons close to the ULP said George had a falling out with the party some years ago but he told iWitness News on Monday that there was no falling out but he “withdrew” from the public eye, generally.

Gonsalves, who has been leading the ULP since 1998, had promised in June that a new deputy leader would have been elected at the party’s convention on Sunday.

He said that the deputy leader was likely to succeed him as political leader of the ULP.

However, on July 25, one week before the convention, he said that he would lead the party into the next general elections, and no one had been nominated to run against him for the party’s top post.

The prime minister further said that only Deputy Prime Minister Montgomery Daniel, 69, had been nominated to fill the post of deputy political leader of the ULP.

Daniel is into his fifth five-year term as MP for North Windward and had been acting as deputy party leader since 2020.

He had said in March that he would not seek re-election and that it is time for the party to look towards younger leaders.

In his video, George said it was “with an extremely heavy heart that I come to you today to have to point out that there exists within our shores a veritable crisis in transition in terms of leadership.

“This crisis in transition is twofold in that on the one hand, you have a leader who is clearly suffering from an intoxication of power that the office holds.

“As if that wasn’t bad enough, he’s further suffering with an affliction, whereby his two inadequately politically engineered clones are not ready now, nor will they be ready at any time in the future to take the reins of leadership.”

The ULP leadership succession has been pitched as a race between the prime minister’s son, Minister of Finance, Camillo Gonsalves, 50, and his parliamentary senior, 41-year-old Minister of Agriculture, Saboto Caesar.

However, political observers say that factions within the party are uncompromising in their support for either Caesar or the younger Gonsalves, and the party fear that a transition to either could split the ULP, four years before general elections are constitutionally due, and with the current leader 76 years old.

“For those of you who have misplaced sentiment and think that an overriding dislike for one somehow equates to widespread like for the other, you are mistaken. If you think I’m lying, please go and speak to the people that work within the Ministry of Agriculture, from the technocrat to the field officer, to the farmer, find out if more can’t be done for agriculture; find out if these people are not working in a demoralised fashion, that their self worth and their sense of self accomplishment is diminished, having been working in that ministry.

“Check it out for yourselves. But, please, I beg you, protect the people’s identity because you know how it is. So make no mistake, ladies and gentlemen, the Unity Labour Party finds itself at one of its lowest points throughout its 25 or 26 years of existence.”

Editor’s note: This article was updated to reflect George’s view on the alleged falling out between him and the ULP.