PM should offer better counter-proposals, if he has any — Opposition Leader 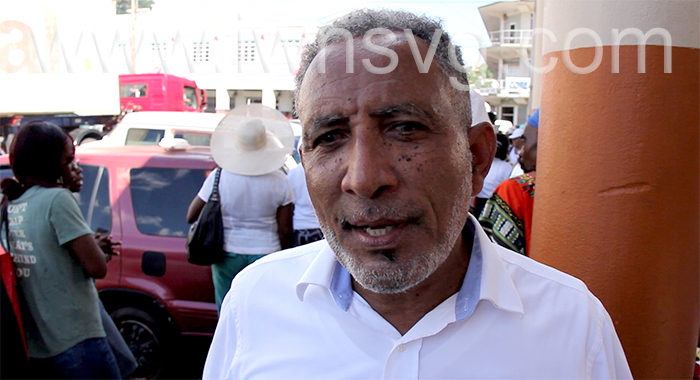 “Well let him come up with better ones. What is the one you’re gonna do? Add more taxes to people? Add more to the Customs Service Charge?” Friday told iWitness News, on Thursday, two days after Gonsalves rubbished his proposals.

In a national address on Aug. 11, Friday made suggestions to help Vincentians cope with the rising cost of living.

He urged the government to reduce VAT from 16% to 13% and ensure that the savings are passed on to ordinary consumers.

The opposition leader said that the government should also increase support for lower income families by expanding existing support programmes and ensure that the support is distributed based on need and not by political favour.

Friday said that the government should cap the fuel surcharge on electricity, and, among other things, provide import duty concessions for the transportation industry.

However, at a press conference last Tuesday, the prime minister dismissed the opposition leader’s proposals, saying that they would cost the government EC$120 million annually, enough to pay public sector wages for four months.

On Thursday, at the protest by teachers dismissed over the vaccine mandate, iWitness News asked the opposition leader to comment on the prime minister’s response to his proposal.

“Right now what people are feeling is pain and pressure and all they hear from government is about their finances? How much this going cost them, how much that going cost them. Well, how much does it cost people when they go to the grocery store every day?” Friday said.

“He (Gonsalves) don’t go and buy groceries so you don’t see the prices going up. That is what they need to respond to. If he has a better plan, bring it forward. I will support a better plan. But right now the proposals that I have made are practical, they can be implemented now and they will bring relief to everybody right now

“Not somewhere you pick and choose and decide who to favour and who not to favour. If you reduce VAT from 16 to 13% now, everybody benefits. If you put a cap on the fuel surcharge, everybody benefits. Let him come up with better policies then. If he has more generous policies that are going to help the people in this country, I will support them.”

3 replies on “PM should offer better counter-proposals, if he has any — Opposition Leader”