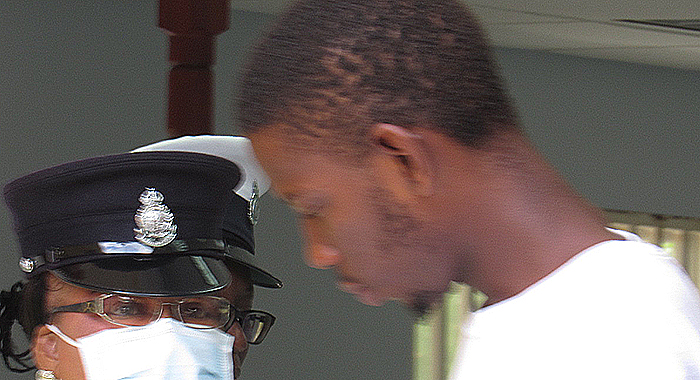 A Magum man has been fined and ordered to pay compensation for damaging his father’s cellphone.

On Monday, at the Georgetown Magistrate’s Court, Marvel Baptiste pleaded guilty to a charge that on Aug. 22, at Magum, he damaged one Alcatel cellular phone, valued at EC$199, the property of Kevin Patterson, also of Magum, and at the time was reckless as to whether such property would be damage.

The prosecutor Corporal 817 Stapleton told the court that on Aug. 22, about 9:30 p.m., Patterson was at home when he heard the defendant asking his mother for EC$5 to buy something to eat.

About five minutes later, Baptiste returned and asked for another EC$5 and Patterson told him, “No.”

The defendant then went into Patterson’s room, took the phone, which was charging, and smashed it to pieces.

Baptiste told the court he had nothing to say but admitted to smashing the phone.

Magistrate Bertie Pompey fined Baptiste EC$200, to be paid in one month or one month imprisonment.

He also ordered him to pay compensation of EC$199 within one month or spend one month in prison.

If he fails to make the payments, the prison sentences will run concurrently.

Earlier this month, Baptiste appeared before the same court, charged with assault occasioning bodily harm against Garicia Bailey, of Magum.

He was also charged with throwing missiles.  The matters were dismissed after Bailey told the court she did not wish to proceed further.