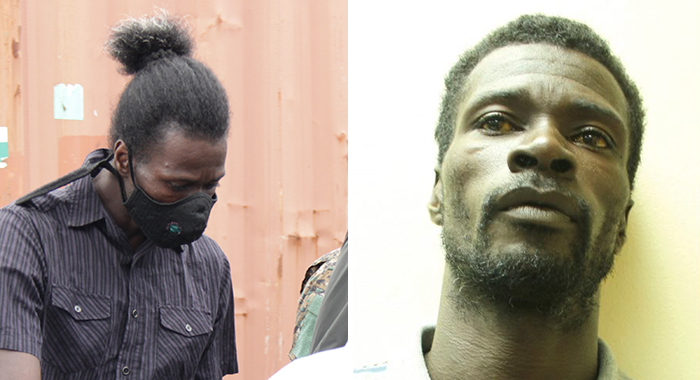 A 35-year-old baker was, on Friday, ordered to serve a sentence of six years and eight months in prison for the stabbing death of another man during an altercation in Kingstown in 2019.

The man, Frederick Samuel, of Dorsetshire Hill, will, however, be a free man in three years, nine months and one day as he had spent two years, 10 months and 29 days in prison awaiting the disposal of his matter.

Samuel was initially charged with the murder in connection with the Oct. 19, 2019, death of Zimroy “Junior” Brackin.

However, on June 27, 2022, at High Court No. 1, in Kingstown, he pleaded guilty to manslaughter by reason of an unlawful act and the Crown accepted a guilty plea.

The facts of the case, as presented by Justice Brian Cottle, are that Samuel was at a bar in Kingstown on Oct. 19, 2019, when Kemarley Douglas asked him to give him something.

Samuel, who was smoking a marijuana cigarette, told Douglas that he had nothing to give and Douglas slapped him.

Douglas reached into Samuel’s pocket and took his money, resulting in an altercation.

Samuel tried to stab Douglas, who ran away as Samuel gave chase.

Zimroy Brackin also chased after Samuel, armed with a stool, which he tried to use to beat Samuel.

Samuel fended off the blow and stabbed at Brackin, resulting in a wound, which led to Brackin’s death.

Justice Cottle pointed out that Samuel has no children, has five siblings and both of his parents are deceased.

The defendant is almost functionally illiterate as he has only a rudimentary primary school education. He earned a living from working as a labourer or farm hand.

Members of his community described him as quiet and hardworking and not known as a troublemaker. Further, prison authorities said that Samuel has been a model prisoner since his incarceration.

He further said that there are sentencing guidelines by which he must abide, unless doing so leads to injustice.

The judge said he saw no reason to depart from the sentencing guideline in Frederick’s case.

He pointed out that when sentencing for manslaughter by reason of an unlawful act, the first thing the court considers is that the unlawful act has had the most serious of consequences — the death of a human being.

He said that in Samuel’s case, the death was caused in the commission of an unlawful act in which there was some level of defence of self. The judge, however, said this defence of self did not rise to the level of criminal defence.

He said that the guidelines suggest a starting point of 12 years, which he adopted.

Justice Cottle said that the fact that a bladed weapon was used was an aggravating feature, but the fact that there was no premeditation was mitigating.

He noted that Samuel has no previous relevant conviction and expressed remorse for the consequences of his action.

The mother and aunt of the deceased said they have accepted his apology and have forgiven Samuel, Justice Cottle said.

Further, Samuel turned himself into the police and assisted the investigation.

The judge concluded that the mitigating features outweighed the aggravating and merited a reduction of two years, bringing the notional sentence of 10 years in prison.

Samuel was granted a one-third discount for his guilty plea, which further reduced the sentence to six years and eight month, before the time spent on remand was deducted.