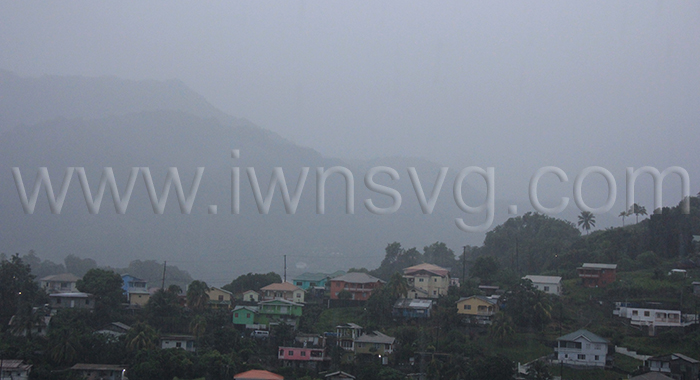 Forecasters said, Tuesday, that unstable conditions associated with the Inter-Tropical Convergence Zone interacting with a favourable mid to upper atmosphere will continue to enhance shower activity across the Eastern Caribbean during the next 24 hours.

The forecast is for cloudy to overcast skies, pockets of moderate to heavy showers and isolated thunderstorms to continue across St. Vincent and the Grenadines (SVG) into Wednesday.

Rainfall totals in excess of an inch (25 mm) have already been recorded at various stations across SVG overnight, and the latest forecast model guidance suggest that further accumulation of 50 millimetres (approximately 2 inches) with isolated higher amounts in mountainous areas is likely into Wednesday.

“Due to the saturated nature of the soils across the island, there is a high possibility of flash flooding and landslides occurring during the watch period,” the MET Services said.

As a result, the flood advisory that was already in effect for a low risk of flooding, has been upgraded to a flash flood watch for SVG until noon on Wednesday.

Residents and motorists in areas prone to flooding and landslides or near rivers and streams should exercise caution.

A flood watch is issued when conditions are favourable and there exists the possibility of flooding during the watch period.

This flash flood watch may be upgraded to a warning if conditions warrant.