Vincy who court urged to change on murder charge in England 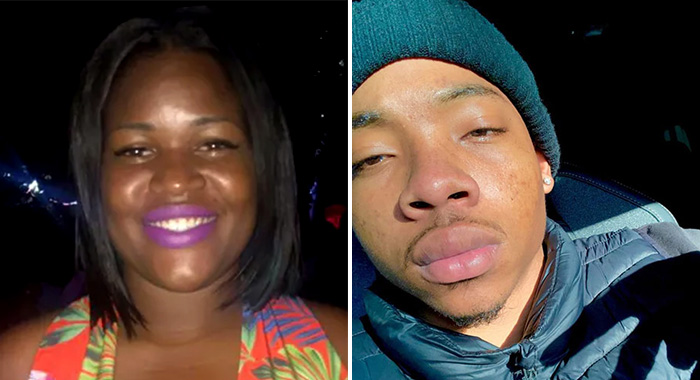 A Vincentian woman who a magistrate urged to change her attitude before joining the British Navy has been charged with murder of a 71-year-old woman in the United Kingdom.

Chelsea Grant, 27, originally of Ottley Hall, and Xyaire Howard, 22, appeared in court in London, on Wednesday, charged with the murder of Susan Hawkey.

The BBC reported that the couple is accused of tying up Hawkey in her London home and spending 14,000 pounds of her money in the days following her death.

Hawkey’s badly decomposed body was found under a duvet on Sept. 26 when police forced their way into her home, after a neighbour became concerned.

She is believed to have died between Sept. 2 and 7.

The Old Bailey heard, on Wednesday, that Hawkey’s hands had been bound behind her back with fabric and parcel tape and she may also have been gagged.

Grant, who is pregnant, and Howard, are also charged with two counts of fraud.

They are accused of making 143 transactions on Hawkey’s bank card in the days after her death.

Grant and Howard have been remanded in custody in the United Kingdom until a further hearing in December.

A provisional trial date has been set for September next year.

It is not the first time that Grant is making news headlines.

Burnett gave Grant the advice at the Kingstown Magistrate Court, having found her guilty of a charge that on Sept. 21, 2018, at Kingstown, she assaulted Angelique Fitzpatrick, of Cane Garden, causing actual bodily harm.

The magistrate told Grant that he initially thought that her pregnancy might have contributed to her actions.

“But from what I saw in the courtroom during the trial, I was wrong in that opinion,” Burnett told Grant.

The senior magistrate bonded Grant for one year in the sum of EC$1,000 or three months in prison.

iWitness News understands that Grant’s stint in the Navy might have been affected by an injury that she sustained.

iWitness News was reliably informed that a media worker in St. Vincent filed a report with police in February 2022 after receiving a WhatsApp voice note from Grant containing a perceived threat.

Grant is said to have sent the voice note as she contested the contents of a news article that was unrelated to her.

“… the only thing I saying is–” Grant said and paused as a male voice said, “Watch yo back soldier”.