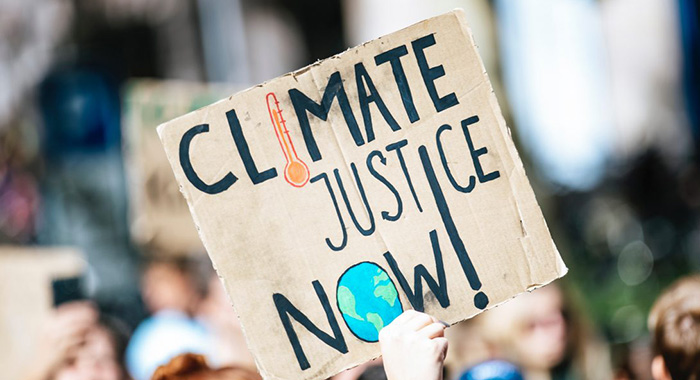 About 40 residents of communities north of the Rabacca Dry River are expected to be involved in a climate change workshop this week under the umbrella of the Caribbean Youth Environment Network (CYEN) and its Climate Justice Awareness drive among indigenous communities.

The Barbados headquartered CYEN concludes that while the Caribbean region is most heavily impacted by the consequences of climate change, indigenous communities in this region are among the most vulnerable.

The 20-year-old network is, therefore, helping to build awareness among indigenous communities of the region to enable them to build resilience as they respond to the impacts and calamities of climate change.

Andrew Simmons is the main consultant for the workshops, taking place on Wednesday and Thursday at the Seventh-day Adventist Church building in Sandy Bay.

The two-day forum which brings together youth leaders, leaders from faith organisations, and other community influencers is intended to build awareness on climate change stressors and calamities, and identify actions which can be undertaken for adaptation and the building of resilience.

It will also obtain information that can help shape projects for climate change adaptation for self-sustaining activity in these communities.

Additionally, the conclusions from the workshops will be reproduced in a final report that will be part of deliberations at a CYEN week long forum in Trinidad in early December 2022.

As well, the participants will create seven layers of climate risk maps which will be incorporated into the local National Geographic Information Systems (GIS) data base.

This information will be available for use by  the government and agencies such as the National Emergency Management Organisation, Simmons explained.

The Sandy Bay Heritage Organisation  is hosting the workshops.

Simmons pointed out that while the participatory community consultative workshop will be held over two days, it will have a long-term perspective in view.

It is anticipated that possible project opportunities that emerge from the two-day sessions will lead to training over the next year to assist these communities  mobilise external funding for climate change adaptation actions.