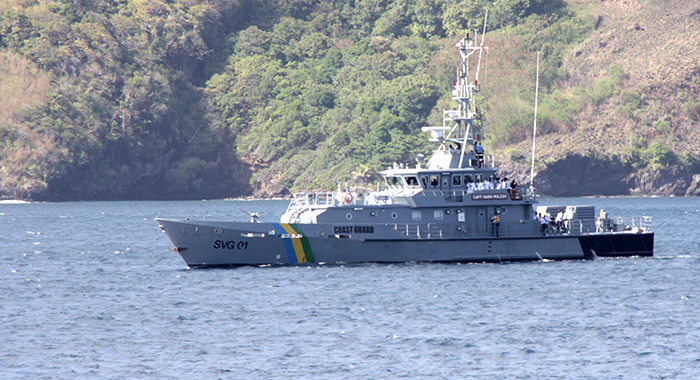 United States authorities have applauded the St. Vincent and the Grenadines’ Coast Guard Service and the Ministry of Foreign Affairs and Foreign Trade following the “heroic” rescue of three U.S. citizens, after their vessel sank in SVG waters in November.

On Nov. 19, a private U.S. vessel sailing four miles from shore in the Grenadines began taking on water and issued a mayday distress call. The vessel eventually sank and the three U.S. citizens lost all their possessions.

In a Dec. 12 letter to Prime Minister Ralph Gonsalves, U.S. Ambassador to Barbados and the Eastern Caribbean,  Linda S. Taglialatela extended her personal gratitude and that of the American people, for the bravery and skill shown by the men and women of the St. Vincent and the Grenadines’ Coast Guard Service during the rescue operation.

The ambassador said that after the rescue, the three U.S. citizens were given prompt attention, comfortable accommodation, and assistance in contacting the visiting U.S. consular officer to replace their missing travel documents.

“Each U.S. passport is inscribed with a request in the name of the Secretary of State that governments provide our citizens ‘all lawful aid and protection’ in the case of need,” the ambassador noted in her letter to Gonsalves.

“On November 19th the authorities of Saint Vincent and the Grenadines – both civilian and uniformed – went far beyond this request; their courage, compassion, and dedication to duty saved the lives of our citizens, and merit our lasting gratitude,” she said.