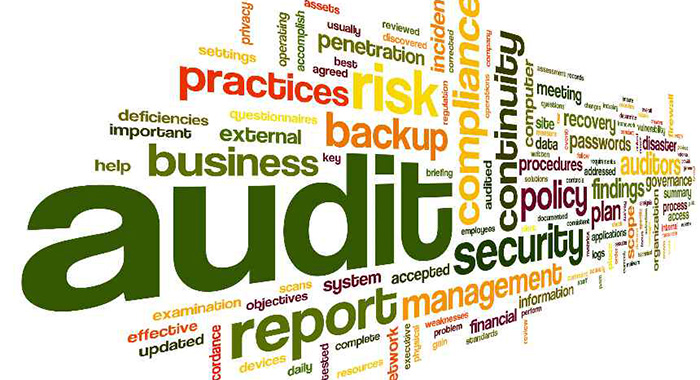 The Office of the Director of Audit is not being provided with the funds needed to ensure timely review of government spending, says Opposition Leader Godwin Friday.

He noted in the Estimates Debate that the government said that it intends this year to create an environment for revitalisation of the Public Accounts Committee as “an effective, strong arm of Parliament”.

Friday said: “And every year, it says this matter is in progress, but nothing substantial has emerged from it. And the committee continues to languish, unable to perform its function.”

The Public Account Committee has not met for many years as the government has said that the rules under which it functioned — when the ruling party was in opposition –were not approved by Parliament.

The government has not brought the rules to Parliament in over a decade since it said they must receive parliamentary approval.

Friday, who became opposition leader in 2017, but has been an MP since 2001, said that the Audit Office is still “far behind” in the preparation of the reports on the public accounts of the government.

“…I think we got up to what, 2017? That’s four years behind. That’s still not satisfactory,” Friday said, adding that the audits are five years behind, if 2022 is included.

“… it promises to do better, but it never does. And we have made this a national issue because every year we talk about the need for accountability, which requires that the public accounts are audited, and presented in a timely manner so then the Public Accounts Committee can do its work with respect to that, notwithstanding all your problems that the committee has,” Friday told Parliament.

He said that while the office of the director of Audit said it would produce two years’ reports this year, it only completed one.

“And what is really troubling about it, this important function is that the Audit Department said that the completion — and I’m quoting them — of the audits was delayed as a result of various challenges encountered in the office.

“What are those challenges that are encountered in the office? Is this a matter of financing?” Friday said.

“Can we ever hope to have an accounting of the expenditure for the completion of the building of the Argyle International Airport, if we can’t do the annual regular functions of the Director of Audit?” Friday said.

The airport was completed and opened in 2017, almost a decade behind scheduled and at twice the initial estimated cost.

“Can we have the audit of the … the Soufriere disaster, and COVID disaster? This was promised last year, it was promised again this year. And it has not been done,” Friday said.

He said this is “critically essential, because, as the office says, they want to know exactly how the money that was allocated for those purposes are spent, and that they are done in accordance with law.

“You can’t do it unless you have the proper audit. And it’s quite clear they don’t have the funds to do that,” Friday told Parliament.