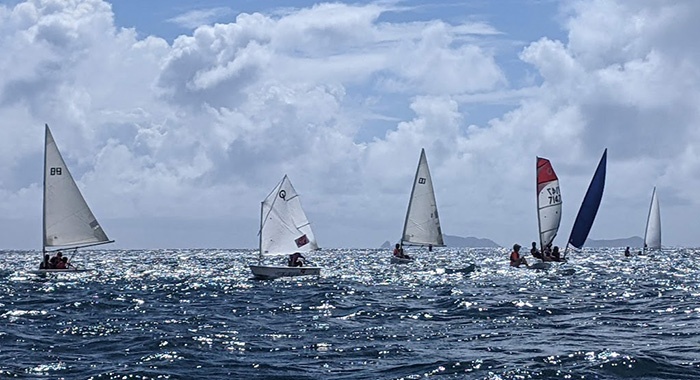 Eight young people from Calliaqua took the opportunity to try the sport of sailing during their Christmas break.

Mother-and-daughter team of Mishka and Misha Young worked with the young people of Calliaqua and they signed up seven girls and one boy for the two-day sail camp at Blue Lagoon Marina.

With coaching provided by Vincy Sailing Club, the sailors were treated to two days of fun on the waters of Blue Lagoon and Calliaqua Bay.

All sailors were awarded certificates of participation and a few of them are keen to take the next steps in the sport by attending the Learn to Sail programme.

“SVG Sailing Association is committed to a sailing programme that teaches sailing skills within the community. The main aim is to have fun, but also to discover talent, be it to represent SVG in international competitions or to gain vocational qualifications for careers in the industry,” the group said in a statement.

One reply on “8 youth take part in Calliaqua Sail Camp”