Not more of the same at renovated Little Tokyo 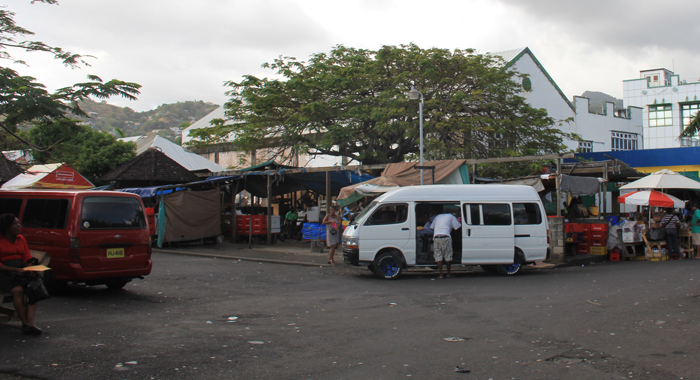 A section of the bus terminal at Little Tokyo in February 2016. (IWN photo)

When Little Tokyo was built in 1987 by the James Mitchell NDP administration, it brought a semblance of order to the transportation sector in the country, a far cry from today.

The bus terminal, bus stops, shelters and the street lights were game changers, which brought a sense of modernity to the country, left in literal darkness by the Labour Party.

However, the bus terminal has outlived its usefulness; it has become an eyesore and the epicentre of lawlessness that prevails in the country.

Recently, shopkeepers at the bus terminal received letters informing them that they have to vacate premises at the end of January 2023, to facilitate the rebuilding of the terminal.

It has already been said that the 30+ rum shops will not be allowed in a rebuilt terminal and different small business activities will be encouraged. These include barbershops, hair salons and arts and craft, etc.

However, a lot of people are anticipating political shenanigans will be at play when the facility is rebuilt. In essence, supporters of the ULP will be gifted shops, while denying the incumbent shopkeepers the first right of refusal.

As we await the viewing of the proposed sight, what are some of those things we should expect in the rebuilt facility:

The terminal should have two floors accommodating more shops. Furthermore, a renovated facility should have proper shelter for commuters from the elements, especially rain.

Traffic wardens should be assigned to the bus terminal to regulate vehicular traffic. The lawlessness of the minivans at Little Tokyo manifestly translates itself in the wider society.

The bus terminal should be the focal point of commuters. At present, minivans bypass the terminal to the chagrin of many commuters as they drop off passengers at the other pickup points and turn back at those pick-up points if they perceive they can get a full trip.

FLOW, Digicel, CWSA, VINLEC should be encouraged to have a kiosk and small office in the rebuilt premises, to attract traffic flow to the terminal. In addition, barber and hairdresser, manicurist and pedicurist stalls should be on the first floor. If such a service is required, consumers would not have a choice but to procure it. Moreover, this is said given the fact that Vincentian consumers are more akin to shopping at ground level.

On the issue of alcohol: the authorities should know that no shopkeeper is going to sell soft drinks only, when the best-selling products in SVG are rum, cigarettes and wrapping paper.

The minivan, alcohol and the dilapidated state of Little Tokyo Bus Terminal have to do more with the poor regulation and maintenance of the facility. For instance, as aforementioned, the bus terminal needs traffic wardens to manage the minivans and regular policing to maintain law and order.

As a reminder, the authorities need to understand that tourists from cruise ships visit Little Tokyo to sit and have a drink even in such a dilapidated state.

There is also the issue of vendors selling alcohol from iceboxes, competing with the shopkeepers who are paying a fee for the premises and liquor licence.

As stated previously, when rebuilt, the present shopkeepers should be given the first right of refusal and the bus terminal should not be more of the same, but a facility that can serve the needs of commuters and the wider public for another 35 years.