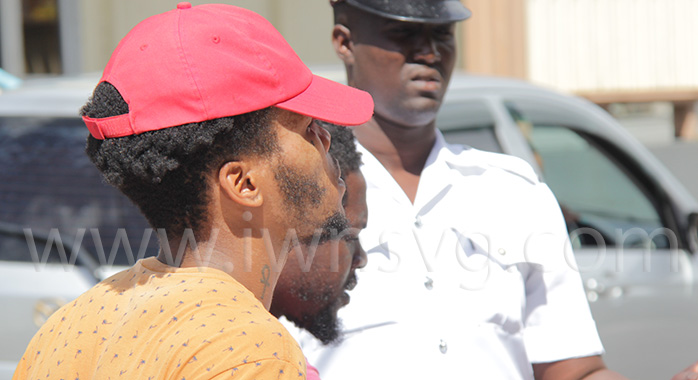 A Fairbane Pasture man who admitted that he stole EC$3,498.50 in items, including 68 small packs of water-based personal lubricants, from a Fair Hall man’s home, will be tried, after the complainant denied inviting the defendant to his home.

The accused, Elomon Phillips, 22, pleaded guilty at the Kingstown Magistrate’s Court, on Tuesday, to a charge that between Dec. 31, 2022 and Jan. 1, 2023, at Fair Hall, he entered the dwelling home of Cornelius Edwards as a trespasser and stole a quantity of items, including EC$300 in cash, total value, EC$3,798.50 — Edwards’ property.

The prosecutor, Corporal Shemrock Pierre read the facts then told the court that the value of the items not recovered was EC$300 in cash and EC$40 for four cans of Sprite.

However, in mitigation, Phillips told the court that he did not just leave his home and go to Edwards’.

“I was invited over by him,” Phillips told the court. “I didn’t enter the property without his consent. I left without his permission.”

On hearing this, the magistrate decided to stand the matter down so that the prosecutor could decide how to proceed.

When the hearing resumed, Pierre suggested that the court could either go to trial on the burglary charge, or accept the facts and sentence Phillips for theft, rather than burglary, the charge to which he had pleaded guilty.

The magistrate told Pierre that the case is a prosecution matter and the prosecution has to decide how to proceed.

Phillips maintained that he accepted the facts presented, so the prosecutor asked the court to sentence him for theft.

The magistrate then began to list the factors to be considered in the sentencing, including the fact that Phillips is relatively young, has no previous convictions, and pleaded guilty at the first opportunity.

“Most of the items were recovered,” Burnett said and Phillips interrupted him, saying,

“There you go,” Burnett said and Phillips added, “The officer found me on the spot.”

The virtual complainant, who was standing in the other dock, then said, “I did not invite him.”

Pierre then told the court that in light of what had transpired in court, the matter would have to go to trial.

Burnett granted bail in the sum of EC$2,500 with one surety and ordered that the defendant has no contact with the complainant.

The matter was adjourned to Jan. 10 and transferred to the Calliaqua Magistrate’s Court.

One reply on “Burglary accused tells court complainant invited him over”