Woman to undergo surgery after alleged altercation with brother 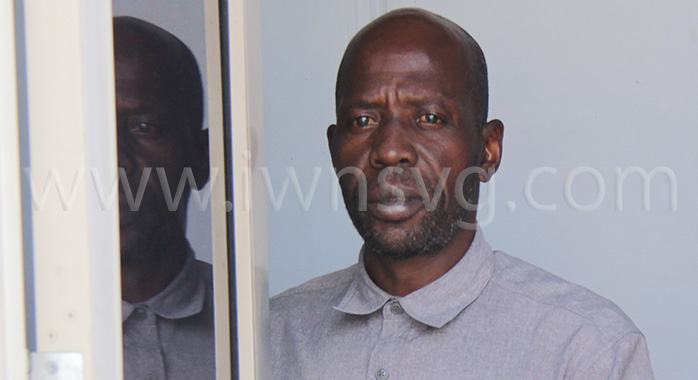 The defendant, Jerry Maloney, outside Kingstown Magistrate’s Court on Jan. 2, 2022.

A Stubbs man has been remanded in custody until Friday, for bail review, on a charge that he inflicted grievous bodily harm on his sister, Petranella Maloney, on Dec. 31, 2022.

At his arraignment before the Kingstown Magistrate’s Court, on Tuesday, Jerry Maloney, pleaded not guilty to the charge.

Prosecutor, Corporal of Police Shamrock Pierre, objected to bail, telling Senior Magistrate Rickie Burnett that the virtual complainant (VC)was a patient at the Milton Cato Memorial Hospital in connection with injuries she sustained.

The VC was awaiting the donation of blood in order to facilitate a surgery.

“Although she is stable, the injuries are still somewhat serious,” Pierre told the court, adding that the VC has injuries to her head as well as broken right leg.

“I don’t want to go too much into the medical aspect of it. We are still awaiting a prognosis from the doctor so we are asking that he be remanded for at least one week so that we can have that medical report,” Pierre said.

Responding to the prosecutor’s application, Maloney told the court that he and his sisters were not living together, as the prosecutor had said.

Burnett granted the prosecutor’s application, denying bail, but said that he would set the review for Friday.

The defendant then told the court that he suffers from seizures.

The magistrate advised him to report his medical situation to prison authorities, who would ensure that he is looked after.