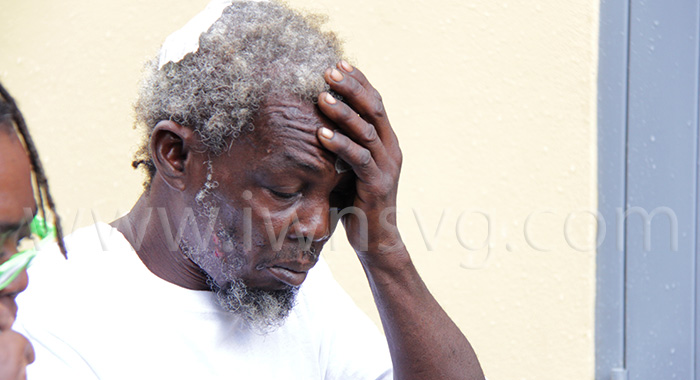 The Georgetown man who was chopped about the body by a man who claimed to have disarmed him during an attack has been charged with three firearm offences.

Andy Craigg, of New Chapmans, was brought before the Serious Offences Court, on Friday, charged that on Jan. 2, at Langley Park, he had in his possession one Taurus 9mm pistol, serial number TMR32737 without a licence issued under the Firearms Act.

He was further charged that on the same date and place, he had in his possession 12 rounds of 9mm ammunition without a licence issued under the Firearms Act.

The third charge was that on the same date and place, he had in his possession one Taurus 9mm pistol, serial number TMR32737 with intent to injure Adonijah Caine, of Langley Park.

Craigg pleaded not guilty to the charges and was granted EC$20,000 bail with one surety.

He was ordered to have no contact with the virtual complainant and to report to the Georgetown Police Station on Mondays and Thursdays.

The court ordered that stop notices be placed at all ports of entry and exit.

The matter was adjourned to Jan. 30.

As Craigg, who was bandaged about his body, exited the court building, he was assisted by a woman as he appeared to have some difficulties walking.

The woman asked him if he was sure he could make it and Craigg responded in the affirmative and slowly walked away, assisted by the woman.

One reply on “Gun, ammo charges for man injured in G’town ‘attack’”