Calypso fan peeved at lack of tribute for Toiler 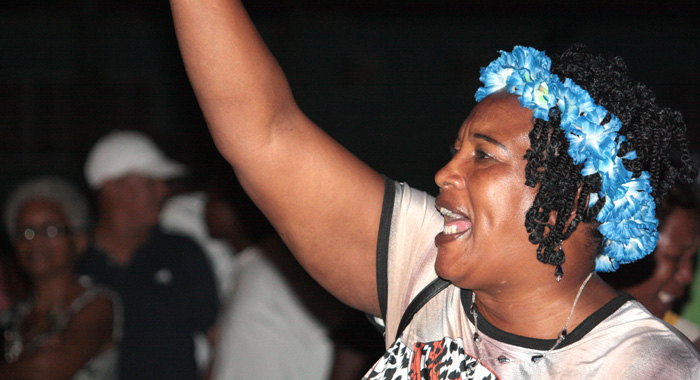 A calypso fan says she is displeased that there was no recognition at the Calypso Semi-finals on Friday of the death of calypsonian Quintin “Mighty Toiler” Toby last December.

“I am very displeased about them not paying any tribute to the Mighty Toiler because he was one of our popular calypsonians,” Weena Roberts of Barrouallie told I-Witness News at Victoria Park Friday night.

Roberts had earlier shouted her displeasure to master of ceremonies, Jonathan “Sarge” Nicholls at the beginning of the show.

He further said that at last year’s semi-finals there was a tribute to Gerard “Rasum” Shallow, who died in March 2012, even as Tommy T, another calypsonian who also passed away in the year leading up to the semi-finals was not recognised.

“All was leaned on Rasum side. And this year, it is unfair that we have such a wonderful calypsonian like Toiler who passed away and nobody came on the stage and say let us have a moment’s silence for Toiler,” Roberts said.

“It really burns my inside, because I am a calypso fanatic, I really love calypso; for soca, I wouldn’t be here and it really hurts me to see they are not paying any tribute whatsoever to Toiler,” Roberts further said.

“They should be impartial in their action. You can’t pay tribute to all [some] and leave others out. Yes, “Perseverance” stands out,” she said of Shallow’s legendary song.

“But what about “Mr. Nancy” and all the other great tribute [contributions] that Toiler make here? Nobody cares. And if you care for one you should care for all,” Roberts further told I-Witness News.