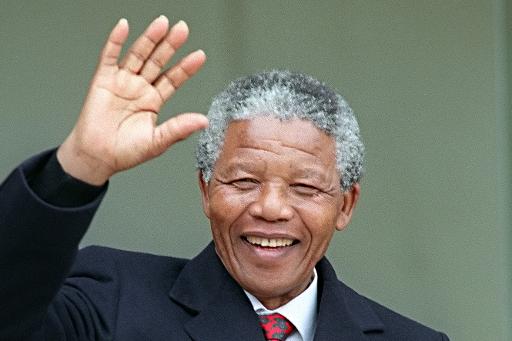 Nelson Mandela, the enduring icon of freedom and reconciliation, and former president of South Africa, died on Thursday.

‘Madiba’, as Mandela was affectionately known, is probably most fame for forging a peaceful end to white rule in South Africa by negotiating with his captors after his release in 1990 — after 27 years in prison.

South Africa’s white majority government had convicted him of treason, resulting in the lengthy jail sentence.

Four years after his release from prison, Mandela led the African National Congress, a liberation movement that had been banned under apartheid, to electoral victory but stepped down after one term as the nation’s president.

He died after a protracted illness that saw him hospitalized with a recurring lung infection earlier this year.

“His humility, his compassion and his humanity earned him our love.” He further described Mandela’s death as “the moment of our greatest sorrow”.

Here are some tributes from around the world.

“The world has lost democracy’s most loyal friend and advocate. Nelson Mandela was the 20th century’s icon of freedom and liberty. He inspired us to believe that no obstacle is too large; no walk is too long, and no enemy of freedom is so powerful, that we should ever consider giving in.”

“Mandela is not only the father of democracy in South Africa, but is also a symbol of democracy. And like any symbol, he is not dead. He is present in all of us and guides us by his lifestyle, his courage and faith in the true struggle for equality.”

“Nelson Mandela was a giant for justice and a down-to-earth human inspiration… Nelson Mandela showed what is possible for our world and within each one of us — if we believe, dream and work together for justice and humanity. … His moral force was decisive in dismantling the system of apartheid…

“Remarkably, he emerged from 27 years of detention without rancour, determined to build a new South Africa based on dialogue and reconciliation…

“Let us continue each day to be inspired by his lifelong example and his call to never cease working for a better and more just world.”

“… we have lost one of the most influential, courageous, and profoundly good human beings that any of us will share time with on this Earth. He no longer belongs to us — he belongs to the ages.

… His journey from a prisoner to a President embodied the promise that human beings — and countries — can change for the better.

“… like so many around the globe, I cannot fully imagine my own life without the example that Nelson Mandela set, and so long as I live I will do what I can to learn from him.

… We will not likely see the likes of Nelson Mandela again. So it falls to us as best we can to forward the example that he set: to make decisions guided not by hate, but by love; to never discount the difference that one person can make; to strive for a future that is worthy of his sacrifice.”

“… he worked tirelessly for the good of his country, and his legacy is the peaceful South Africa we see today…”

“Mr. Mandela was the embodiment of courage and reconciliation. He was also a man of great humour and had a real zest for life. … The world has lost an inspired leader and a great man. My family and I are profoundly saddened and our thoughts and prayers are with his family.”

“He made us realise, we are our brother’s keeper and that our brothers come in all colours. What I will remember most about Mr Mandela is that he was a man whose heart, soul and spirit could not be contained or restrained by racial and economic injustices, metal bars or the burden of hate and revenge.

“He taught us forgiveness on a grand scale. His was a spirit born free, destined to soar above the rainbows. Today his spirit is soaring through the heavens. He is now forever free.”

“His passion for freedom and justice created new hope for generations of oppressed people worldwide, and because of him, South Africa is today one of the world’s leading democracies.”

“Today the world lost one of the true giants of the past century. Nelson Mandela was a man of incomparable honour, unconquerable strength, and unyielding resolve –a saint to many, a hero to all who treasure liberty, freedom and the dignity of humankind. As we remember his triumphs, let us, in his memory, not just reflect on how far we’ve come, but on how far we have to go. Mandela may no longer be with us, but his journey continues on with me and with all of us.”